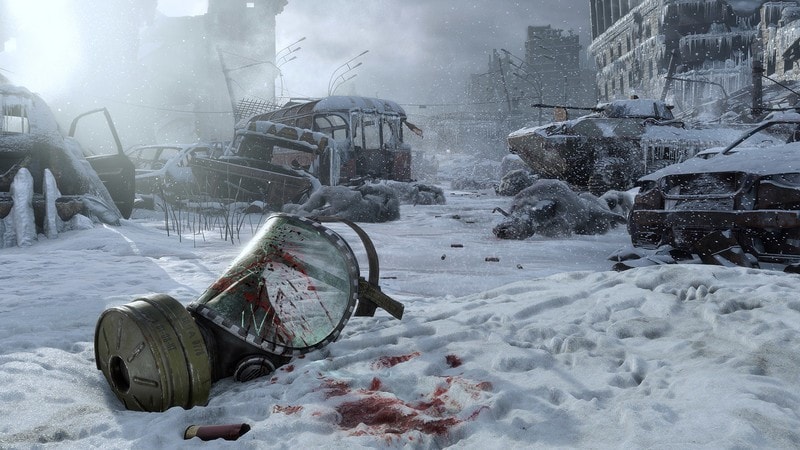 Post-apocalyptic shooter Metro Exodus for PC will use Denuvo DRM. The Steam page for developer 4A Games' upcoming title states that it will be using the heavily derided digital rights management system. Metro Exodus PC system requirements haven't been made public yet, odd considering we're barely a month away from the Metro Exodus release date of February 15. The presence of Denuvo pretty much confirms that the game won't be coming to storefronts like GOG in the near future. Though we wonder what the point is of using Denuvo when you consider how easy it's been to crack of late with hackers being able to break in during the release week of certain games.

Although the Metro Exodus release date is February 15, publisher Deep Silver doesn't appear to have an Indian distributor just yet. However a listing on specialist game retailer Games The Shop suggests that might change soon given that the retailer doesn't usually list games that don't have an official Indian release date. Metro Exodus for PS4 and Xbox One is up on the Games The Shop website. Although a price isn't up, it appears that Metro Exodus would ship on the game's release date according to the listing. The game isn't up for pre-order on Amazon India or Flipkart just yet, though this is no surprise considering that Games The Shop often is the most proactive game retailer of the bunch.

Aside from the lack of Metro Exodus India price, it's also odd that there's no mention of any of the game's announced pre-order bonuses for Metro Exodus on PS4 and Xbox One either. Gadgets 360 has reached out to Games The Shop for comment and will update this story if we hear from the company.

Outside of the Microsoft Store, PS Store, and Steam right now, Metro Exodus has no India price just yet. Though that should change closer to its arrival sources at retail tell Gadgets 360 and the listing on Games The Shop seems to hint at this. Metro 2033 for the Xbox 360 and PC was published by THQ and distributed by Mumbai-based E-xpress in India back in 2010. Its price was Rs. 2,499 on Xbox 360 and Rs. 699 on PC at the time. Metro: Last Light released two years later for Rs. 999 on PC and Rs. 2,799 on PS3 and Xbox 360. It was published by Deep Silver (following THQ's bankruptcy) while distribution duties were managed by the now defunct Milestone Interactive.

For a brief period after this, games from Deep Silver were distributed by Sunder Electronics which brought in the critically-panned Homefront: The Revolution. Gadgets 360 has been given to understand that Deep Silver does not have an Indian distributor for its games at the moment. However, given the fan following that the Metro games have in India, we won't be surprised to see an announcement regarding an official Indian release at retail soon enough.