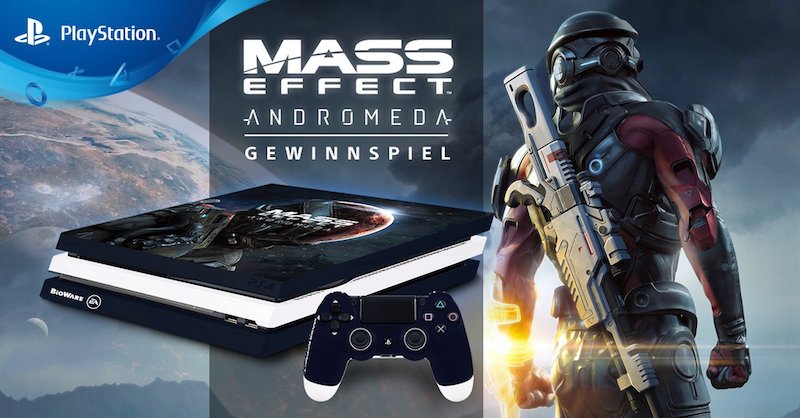 Mass Effect: Andromeda has been in the news for its animations this week, but it’s also the first game to grace a special edition PS4 Pro console.

Sony has abstained from making any variants of its souped up PS4, preferring to stick to the usual matte black finish that we’ve seen on standard PS4 Slims as well. In fact the last limited edition Sony console was the classy looking Final Fantasy XV PS4 Slim.

The Mass Effect: Andromeda PS4 Pro limited edition is decked out in blue and white with a custom controller to boot while the top of the console has the game’s key art and logo which looks rather ostentatious.

However if this piques your interest, you’ll have to be in Germany, Austria, or Switzerland to win it. The Mass Effect: Andromeda PS4 Pro limited edition is exclusive to these countries (according to popular gaming forum NeoGAF) and can be obtained only through a contest that’s being run by Sony right now.

For what it’s worth, our early impressions deemed Mass Effect: Andromeda a potentially exciting entry to the franchise. While the PC version seems to be superior to its console counterparts, we can’t help but feel that the issues related to its animations have been overstated. Stay tuned to our full review of Mass Effect: Andromeda next week.