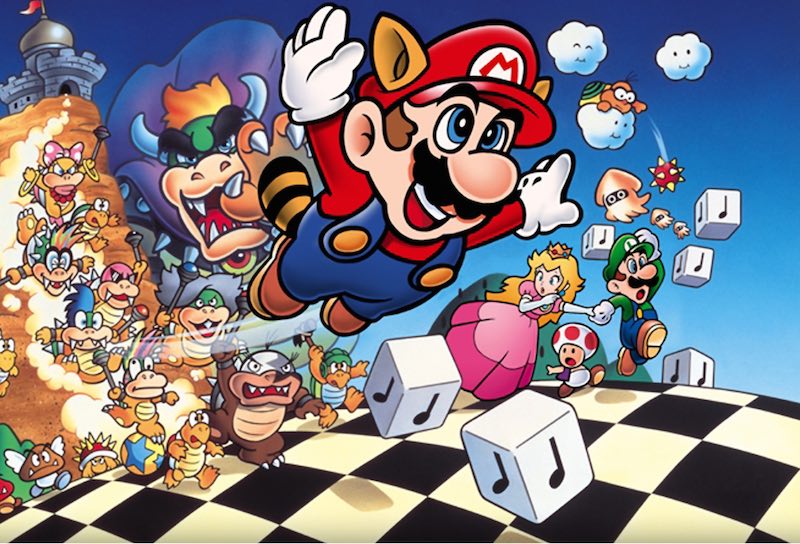 With Super Mario Maker hitting the Wii U this week, Nintendo released a video with series creator, Shigeru Miyamoto. And instead of it being your usual attempt at talking up the latest Mario game, it played right into one of Nintendo's biggest strengths - its storied legacy over the years.

After all a company that's been around for over 125 years has a few interesting myths right?

While the video answered a host of fan theories such as who Mario was named after (Nintendo of America's landlord, Mario Segale), it also verified one of the more popular assumptions floating around. Miyamoto confirmed that Super Mario Bros. 3 was indeed styled as a play or theatre production.

For the longest time fans have wondered if the revered classic was based on a dramatic performance what with curtains, bolted platforms, and exiting stage right at the end of a level. Other questions included whether Minamoto would allow Dr. Mario to perform on him (to which the answer was a vehement no) and if he is Bower Jr.'s mother (a surprising and creepy yes).

Coupled with other Nintendo news this week that revealed a new Pikmin game in the works and almost ready, and that the Nintendo NX could see Super Mario Galaxy 3, the Nintendo faithful have a lot to look forward to. This includes a stellar Wii U lineup this year that has the likes of Xenoblade Chronicles X, Star Fox Zero, Yoshi's Wooly World, and of course, Super Mario Maker.