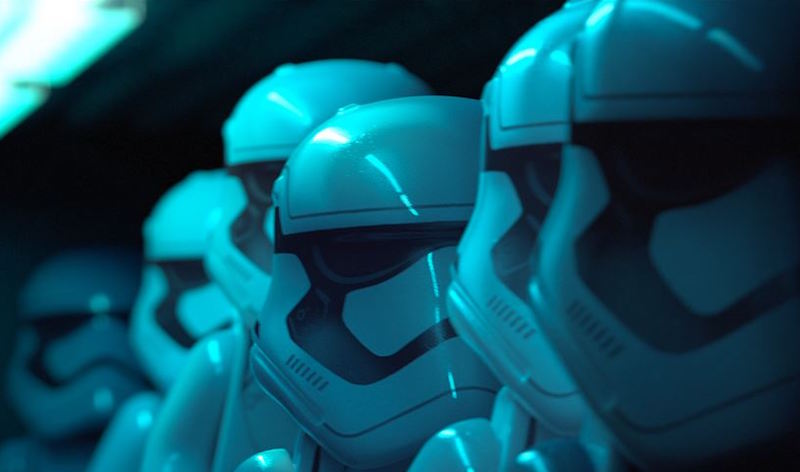 Batman and Mortal Kombat publisher Warner Bros. has teased an announcement related to two massive franchises. However, the news appears to have been leaked early by a couple of its collaborators.

The Xbox Store was updated to include Lego: Star Wars The Force Awakens prior to the reveal. It's a game that follows the well-worn platforming and collecting mechanics titles in the Lego franchise are known for. In addition to this you'll be able to play the brick equivalents of BB-8, Hans Solo, Kylo Ren, Rey, and others. Don't expect too much in terms of taking the space opera series forward though, as it's based on the events of the movie.

It further goes on to explain that the game will "feature exclusive playable content" to fill in the gap between Star Wars Episode VI: Return of the Jedi and Star Wars: The Force Awakens. Though we're not convinced that having blocky characters to show it off is the smartest idea.

Nonetheless, Lego Star Wars: The Force Awakens will be available from June 28 this year on Nintendo 3DS, PlayStation 3, PlayStation 4, PlayStation Vita, Wii U, Windows PC, Xbox 360, and Xbox One. Hopefully this is one PC version published by Warner Bros that won't be as bad as Mortal Kombat X or Batman: Arkham Knight.