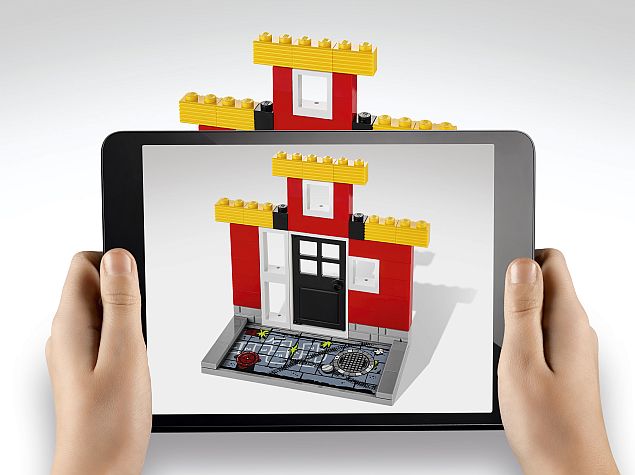 On the heels of success with "The Lego Movie," the Danish toy company is giving kids a chance to put their own blocks on the screen, with a new product line that copies their creations into phone and tablet games.

The Lego Fusion line will launch in August. Each $35 box will contain some 200 bricks and a special plate to build on. Creations on the plate can be photographed with Apple or Android phones or tablets and imported into free, downloadable games.

There are several Lego-themed games already, but this is the first time it's blending real and virtual this way. Many toy companies are going down that route, trying to capture some of the attention - and money - that's being diverted from physical products to iPhone and Android games.

In "Lego Fusion Town Master," kids build house facades on the plates and import them into a game that simulates a small town, inhabited by Lego figures. In "Battle Towers," they build sections of a medieval-style tower and defend it against flying monsters. In "Create & Race," they build cars and race them on a virtual track. Different designs yield cars that differ in speed, durability and handling.

In September, Lego is following up with "Resort Designer," in the style of its girl-oriented "Friends" line.

(Also Read: The Lego Movie: Where 'everything is awesome!')

The games are designed to force the kids to return to the physical blocks and rebuild their structures, said Ditte Bruun Pedersen, senior design manager at Lego's Future Lab. But the lab's research also shows that kids want to bring their physical creations to life, she said.

"Kids want to be this mini-figure and they want to be in this world they create," Pedersen said.

The Fusion boxes are launching in the U.S. only and will be exclusive to Toys R Us and Lego's own stores, Lego said.