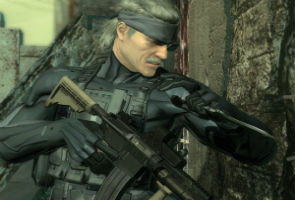 Highlights
With E3 around the corner Konami decided to jump the gun and announced a stream of new games.

Konami, publisher of the iconic 'Metal Gear Solid' and 'Silent Hill' franchise said that it will release three collections of its classic PlayStation 2 titles, re-mastered in High Definition for the PlayStation 3 and the Xbox 360.

The publisher also talked about a new 'Silent Hill' game for Sony's upcoming handheld codenamed 'NGP'. The details on this game are quite sketchy as the company only confirmed that it was under-development, but did not mention an approximate release date.

A sneak peak trailer of Contra was also shown off, but again no details were provided.

Even before the event Konami announced a few games such as MLB- All Stars for the Xbox 360 and Frogger for the Nintendo 3DS.

Weirdly the company chose to make all these announcements before E3. Who knows, maybe they are trying to avoid the E3 buzz especially with major announcements from Microsoft, Sony, Nintendo, Electronic Arts and Ubisoft in the pipeline.