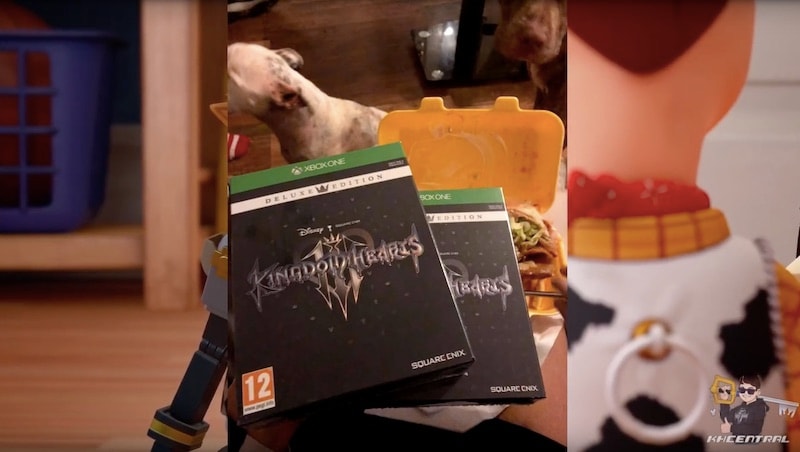 Kingdom Hearts 3 publisher Square Enix has suggested it would decide against physical editions of its upcoming games. Or at least those involving Kingdom Hearts creator Tetsuya Nomura. In an interview with Famitsu to celebrate Kingdom Hearts 3's release date, the developer commented on the game's leaks, some of which occurred almost six weeks before it was slated to hit the shelves. For Nomura, it appears that the best way forward, would be to punish entire regions to prevent any leaks of his games and appears like an excuse to eradicate physical media in any form.

In addition to this, Nomura explained how to watch the Kingdom Hearts 3 secret movie.

To watch the secret movie, players need to photograph the in-game Mickey Mouse-shaped "lucky marks". It seems that protagonist Sora has a smartphone that can take pictures of these symbols.

"The number (of lucky marks) you need to photograph varies depending on the difficulty selected at the game's start," Nomura told Famitsu. So, if you select the easy Beginner mode, you must photograph all the lucky marks. If you chose the harder Standard or Proud modes, then you can skip some. Nomura didn't give exact numbers, but said, "For Proud, only a few [lucky marks] is okay, and even Standard isn't that strict, I think."

Keep in mind that Nomura hasn't given an exact number so it's tough to know what's the minimum needed. That said, he did mention that it's easier to watch the secret movie in Kingdom Hearts 3 than it is in past games. Previously, Square Enix revealed the Kingdom Hearts 3 release schedule as follows.