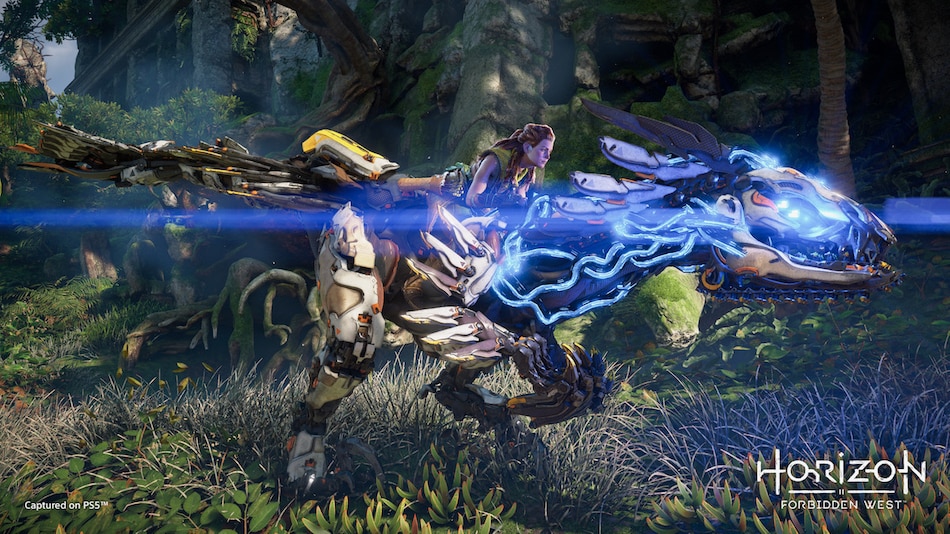 Horizon Forbidden West gameplay is here. As promised, PlayStation Studios and Guerrilla Games unveiled 13 minutes of 4K gameplay footage on Thursday for the upcoming sequel to the 2017 critically acclaimed original action role-playing title. Captured entirely on PlayStation 5 — Horizon Forbidden West will also be available on the PS4 — the gameplay shows the new setting of post-post-apocalyptic San Francisco, the new enemies Aloy face involving some capable of controlling the giant robots, and her new range of powers, including freeclimbing, a grappling hook, and a glider.

And naturally, Horizon Forbidden West will also find Aloy diving underwater for portions of the game, as first teased last year. Below the surface, Aloy can also make use of strong currents to swim faster. Of course, there are giant robot animals for Aloy to take down as well, just like in the first game. Though this time, she also has to deal with the Raiders who have figured out a way to obey their will. Thankfully, Aloy too can override and take over some machines. Some things are still the same though, with Aloy deploying stealth combat to take out guards and rescue her friend Erend.

Once your presence is known though, you'll need expert dodging and an electrified staff to help you out. Aloy's biggest skill is still her archery though, that you will need to continually rely on to take out all sorts of enemies. And they are getting upgrades, including a slingshot packed with adhesive grenades to stall machines, arrows that can strip armour and expose weak spots, a launcher equipped with impact spikes, and smoke bombs to blind enemies. Aloy can also pick up weapons that have detached from machines during combat.

The Horizon Forbidden West gameplay footage ends with a storm and red lightning bolts — that narrative director Ben McCaw explained as a “strange red blight” that is spreading across the landscape. Game director Mathijs De Jonge pointed out that Aloy can stay submerged forever thanks to the “Diving Mask.” Jonge also gave names for other abilities, be it using Focus scanner to highlight freeclimbing spots, “Pullcaster” for grappling hook, and “Shieldwing” for the glider. And that electrified staff you saw earlier? It's part of Aloy's “Valor Surges.”

Jonge also provided names for a bunch of machines. A bird is known as Sunwing, the velociraptor-like thing Aloy controls is called a Clawstrider, the giant she fights is a Tremortusk, the machine she hid from underwater is a Snapmaw, and the ones she first saw in water are called Burrowers. “They are all dangerous,” Jonge added. “And even more so when overridden by human rebels.”

Horizon Forbidden West is slated to release in 2021 on PS4 and PS5. An exact release date is coming “very soon,” Guerrilla Games teased in a tweet. It's possible we might get that at Sony's E3 2021 event.