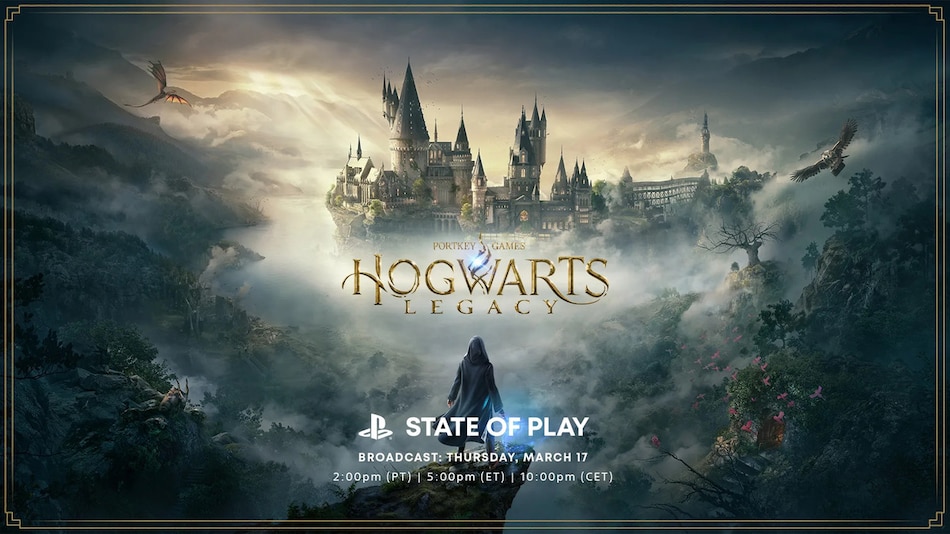 Hogwarts Legacy — the open world role-playing game set in the wizarding world a century before Harry Potter — is expected to launch later this year, and gamers will be able to view its gameplay as part of the next PlayStation State of Play broadcast confirmed to stream later this week. The upcoming State of Play will feature “extended first look at gameplay” from Hogwarts Legacy, captured on a PlayStation 5 console. Meanwhile, there is no official word from Avalanche Software on when the game will be released this year.

The developer announced in a PlayStation blog post on Monday, that the latest PlayStation State of Play event will stream on March 17 at 2pm PT (3:30am IST on March 18). According to the announcement, the event will run for around 20 minutes, with over 14 minutes of Hogwarts Legacy gameplay on the PlayStation 5, and some insight from the Avalanche Software team developing the upcoming role-playing game set in the wizarding world of the Harry Potter franchise. The upcoming State of Play will be streamed on the official Twitch and YouTube channels.

Wands at the ready for an all new State of Play focused on Hogwarts Legacy, featuring an extended first look at gameplay this Thursday, March 17 at 2 PM PT: https://t.co/TwujdB2cBr pic.twitter.com/bFZMWjdZ2t

Sony typically broadcasts events that are 20 minutes long for PlayStation's State of Play, with a few exceptions like the February 2 State of Play that showcased 30 minutes of gameplay from Gran Turismo 7. According to the blog post, the trailer for Hogwarts Legacy has been viewed over 28 million times on the PlayStation YouTube channel.

As previously mentioned, Avalanche software is yet to reveal the release date for Hogwarts Legacy that was first announced in September 2020. Last year, the developers announced that the game had been delayed from 2021 to 2022, in order to deliver the “best possible experience”. The game is set in the 1800s, a century before Harry Potter and the wizarding world portrayed in the franchise.