Hike Takes on Line and WeChat With Games on Hike 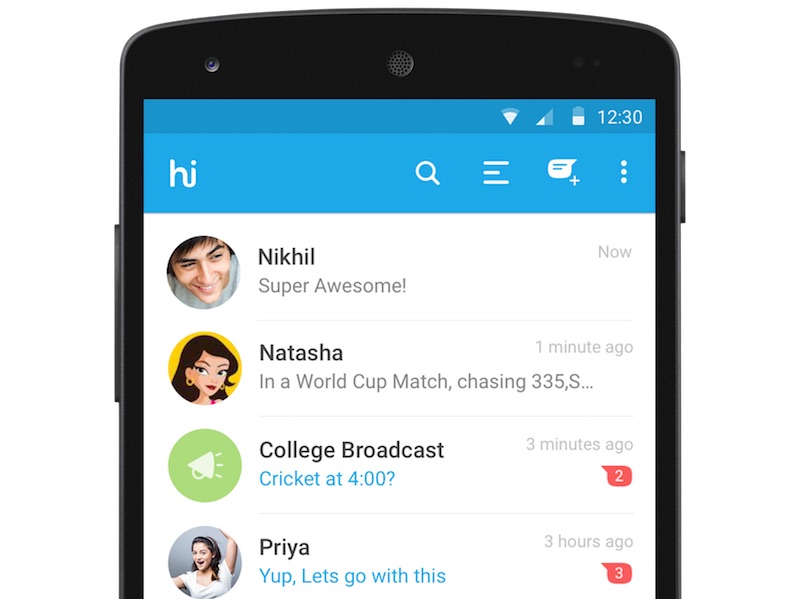 Hike isn't just a messaging app. In an attempt to emulate the likes of Line and WeChat, you can play games on it as well. Labelled as Games on Hike - Beta, there are five games you can play. These are Chess, Snake, Solitaire, Sudoku, and Word Rush. While they might seem like extraordinarily simple fare, Hike has issued a press release claiming a 100 million game plays across these titles in the first 26 days. The beta was made available to two million Android users on March 9. According to Hike, players are spending over an average of 20 minutes a day playing these games, though it fails to state what it defines as a game play session.

"We're thrilled that Hikers are loving Games on Hike! We're still in beta but the response has been tremendous with a 100 million plays in less than 30 days. We've really just launched simple, bite-sized classics like Snake and Word Rush that users are able to enjoy without leaving their core social and messaging experience. The tiny size of Games on Hike enables everyone to enjoy them regardless of the capability of their smartphones; and clearly users are lapping them up!" claimed Kavin Bharti Mittal, Founder and CEO, Hike Messenger in a prepared statement.

If you're wondering which studio is behind these games, it's Tiny Mogul which has been a part of the Hike brand since last year following the departure of its erstwhile studio head, Anshumani Ruddra.

Plans to open up Hike for games have been in the works since 2014, what with the company in talks with several local outfits (most of whom claimed the commercial terms were anything but developer-friendly). This was before deciding to work with its own talent. It's heartening to see some kind of success for the messaging platform. More so considering that sources close to the company have told Gadgets 360 that prior to launch every Hike user had a maximum of three friends on the app. What this meant was poor virality, which could possibly explain the spate of SMSes lapsed users were getting to come back to the service.