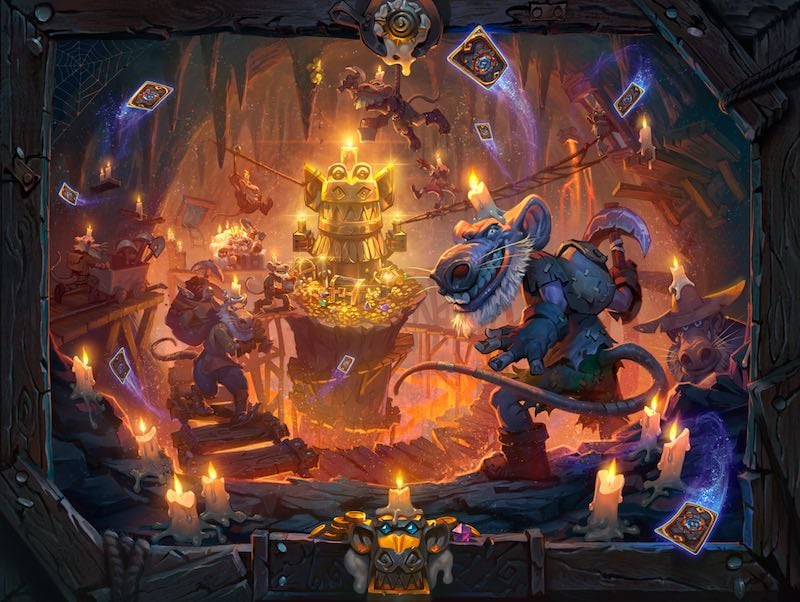 Dungeon Run turns a regular game of Hearthstone into a fantasy dungeon crawl, not too dissimilar to rogue likes such as FTL and Asura. You start with a novice deck from a class of your choice and face a series of progressively stronger foes, randomly selected from a huge pool of unique bosses.

As you progress, you’ll bolster your decks with cards looted from defeated bosses, including some immensely powerful treasures exclusive to Dungeon Runs. Losing a single battle results in the end of your Dungeon Run.

Hearthstone: Kobolds and Catacombs release date is December for Windows and Mac PCs, iOS and Android devices, and even Windows Mobile tablets and smartphones. Yes, Windows. That’s not a typo.

You can pre-purchase Kobolds and Catacombs card packs in a special 50-pack bundle for a $50 price and receive a special in-game jewel-encrusted “For the Hoard!” card for free.

In addition to this, Blizzard also announced a new map and hero for Overwatch along with StarCraft 2 going free-to-play, and a new expansion to World of Warcraft called Battle for Azeroth.

World of Warcraft: Battle for Azeroth Revealed at BlizzCon 2017
Overwatch Not Coming to the Mac Due to Apple's 'Technology Decisions', Says Lead Engineer Tim Ford