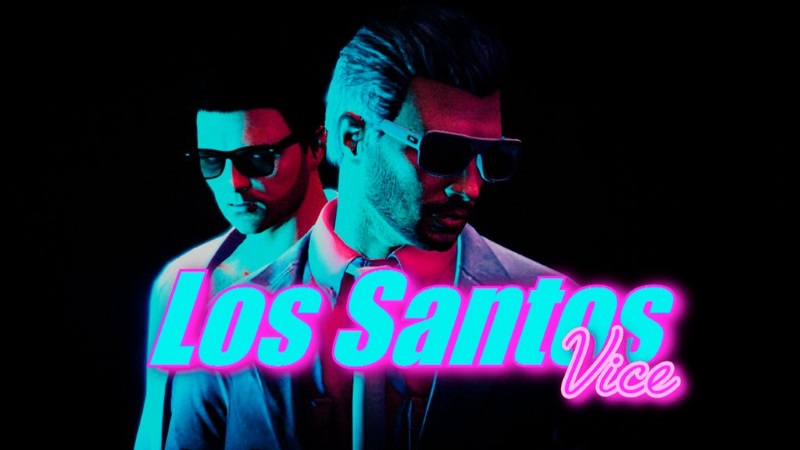 Ever wondered what the setting of Grand Theft Auto V - Los Santos - looked like back in the 80s? British gamer and GTA enthusiast Pab Jones has produced and recorded an 11-minute compilation of Rockstar's latest open-world third person crime adventure inspired by the clothes, cars, and neon of 80s USA.

2002's GTA Vice City was an ode to those times, and Jones' work is replete with call-backs to the music videos of those times, from the random fast-forwards to sound glitches to framing.

"It take so long because so much goes into making a GTA video and I think I speak for most people who make GTA videos when I say that," said Jones, speaking in the comments on YouTube. "You have to think about locations, clothing, time of day, vehicles guns, positioning, camera angles, the weather and if you have actors helping out you have to work around their gaming times and that's just for the filming then it's on to the Rockstar Editor, camera angles, effects, sound, DOF, after a month in the editor it's on to Sony Vegas for the final touches and music editing."

Apart from Vice City, Jones also cited Michael Mann-produced TV series Miami Vice that ran for five seasons between 1984 and 1989, the rise and style of music cable channel MTV and technologies such as VHS and Betamax as inspiration for his work.