The GTA San Andreas remaster was applauded by the gaming community on Reddit. 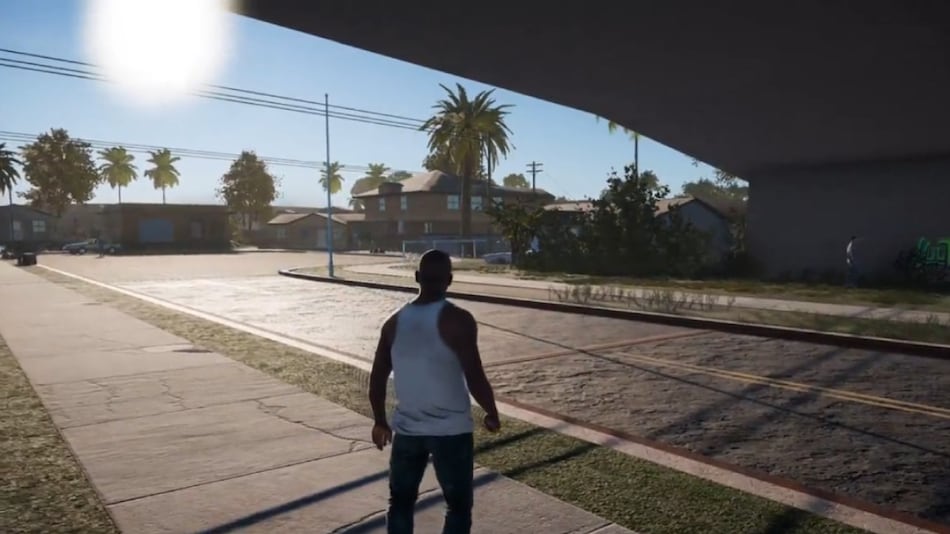 A 24-second video clip was posted on Reddit, showing the remastered world

Grand Theft Auto: The Trilogy — The Definitive Edition was released as a remastered bundle on November 11. It comprises three classic GTA titles: Grand Theft Auto III, Grand Theft Auto: Vice City, and Grand Theft Auto: San Andreas. However, within less than two weeks, developer Rockstar Games had to apologise and clarify that it would soon bring an update to fix the many bugs gamers encountered and improve the overall experience. While gamers and fans were complaining about the bugs and weirdly funny character models, a fan-made version of the game has made its way to Reddit.

User u/MapEditorMaster posted a 24-second video of a remastered version of the game and captioned it, "Remaking GTA San Andreas from scratch- Gameplay soon." The clip first gives a bird's eye view of San Andreas before introducing the protagonist, CJ.

On Reddit, the post garnered over 3,100 upvotes (at the time of writing). Responding to a comment, MapEditorMaster said that Far Cry 5's Dunia Engine was used to recreate the game

MoeSliden, a user on the platform, said that the game looked absolutely stunning. "It's a shame Rockstar doesn't realise they have had one of the most brilliant modding communities that genuinely loves the game for over 20 years yet refuses to hire people like you or at least work alongside you," the user added.

And while many loved the version, they also warned the creator of consequences, saying Rockstar may take down the game any moment. Many even suggested the creator delete it before the original developer comes after him.

"Delete this before it's too late," wrote @cartonk

Some even expressed disappointment that Rockstar Games couldn't produce the quality that fans did. "This is exactly the kind of quality that should be expected of R*," wrote @AdFew9943.

"Now that's what we all wanted but never got," said @WinterLongjumping473.

On November 20, Rockstar released an update for GTA Trilogy — The Definitive Edition which brought in several bug fixes and improvements.