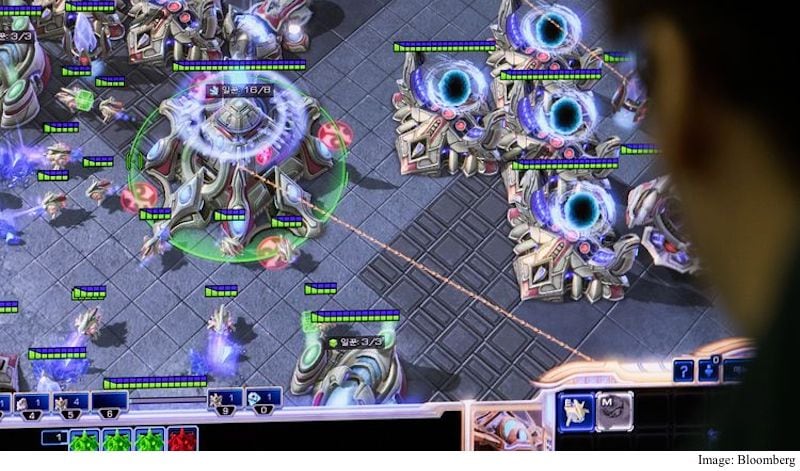 Google's DeepMind AI unit, which earlier this year achieved a breakthrough in computer intelligence by creating software that beat the world's best human player at the strategy game Go, is turning its attention to the sci-fi video game Starcraft II.

The company said it had reached a deal with Blizzard Entertainment Inc, the Irvine, California-based division of Activision Blizzard, which makes the Starcraft game series, to create an interface to let artificial intelligence researchers connect machine-learning software to the game.

London-based DeepMind, which Google purchased in 2014, has not said it has created software that can play Starcraft expertly - at least not yet. "We're still a long way from being able to challenge a professional human player," DeepMind research scientist Oriol Vinyals said in a blog post Friday. But the company's announcement shows it's looking seriously at Starcraft as a candidate for a breakthrough in machine intelligence.

Starcraft fascinates artificial intelligence researchers because it comes closer to simulating "the messiness of the real world" than games like chess or Go, Vinyals said. "An agent that can play Starcraft will need to demonstrate effective use of memory, an ability to plan over a long time and the capacity to adapt plans to new information," he said, adding that techniques required to create a machine-learning system that mastered these skills in order to play Starcraft "could ultimately transfer to real-world tasks."

Virtual mining
In the game, which is played in real-time over the internet, players choose one of three character types, each of which has distinct strengths and weaknesses. Players must run an in-game economy, discovering and mining minerals and other commodities in order to conquer new territory. A successful player needs to remember large volumes of information about places they've scouted in the past, even when those places are not immediately observable on their screen.

The player's view of what an opposing player is doing is limited - unlike chess or Go where opponents can observe the whole board at one time. Furthermore, unlike in a game where players take turns, a machine-learning system has to deal with an environment that is constantly in flux. Starcraft in particular also requires an ability to plan both a long-term strategy and make very quick tactical decisions to stay ahead of an opponent - and designing software that is good at both types of decision-making is difficult.

Facebook, Microsoft
Researchers at Facebook and Microsoft have also published papers on ways to interface artificial intelligence systems with earlier versions of Starcraft. And some Starcraft-playing bots have already been created, but so far these systems have not been able to defeat talented human players.

Microsoft Chief Executive Officer Satya Nadella has taken swipes at Google's focus on games in its AI research, telling the audience at a company event in Atlanta in September that Microsoft was "not pursuing AI to beat humans at games" and that Microsoft wanted to build AI "to solve the most pressing problems of our society and economy."

In the twenty years since Starcraft debuted, the game has acquired a massive and devoted following. More than 9.5 million copies of the original game were sold within the first decade of its release, with more than half of those being sold in Korea, where the game was especially popular. Starcraft II shattered sales records for a strategy game when it was released in 2010, selling 1.5 million copies within 48 hours. Pitting two players against one another in real-time, Starcraft was a pioneer in professional video game competitions and remains an important game in the world of e-sports, although its prominence has since been eclipsed by other games.