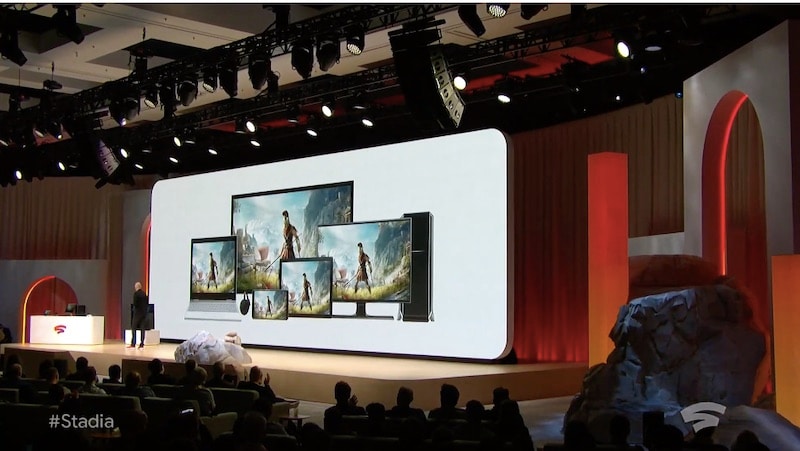 Aside from announcing its Stadia game streaming platform, Google has revealed what hardware its Stadia data centres would be running. In a detailed breakdown with video game tech analysis site Digital Foundry, the company has revealed that Stadia will be using 16GB RAM upto 484GB/s of performance, a custom AMD GPU with high bandwidth memory (HBM2) and 56 compute units. While Google declined to give details on what exact architecture it's using, it's interesting to see the company use AMD hardware for Stadia given its penchant for Nvidia in the past. While it's noted to be more powerful than base and enhanced consoles at the moment, it will be interesting to see how it performs with Internet bandwidth being a limiting factor. Google Stadia will be available later this year in US, Canada, UK, and Europe.

Google tells Digital Foundry that the Stadia hardware "can be stacked, that CPU and GPU compute is 'elastic', so multiple instances of this hardware can be used to create more ambitious games."

It's unknown at the moment if 16GB is for the entire system or for GPU VRAM alone and Google states that this configuration is a first-generation system. This implies that it would evolve overtime with no user-side upgrades needed. Interestingly, the bandwidth confirmed is a 100 per cent match for the HBM2 used on AMD's RX Vega 56 graphics card.

For what it's worth, Digital Foundry's first impressions of Stadia are mixed with image quality not being upto par on bigger displays and legibility issues regarding HUD and text being an issue with smaller smartphone screens, stating that the best experience was had on a 13-inch MacBook Pro.

Google Stadia to Launch in 2019 for US, Canada, UK, and Europe
Netflix’s Battle Kitty Is Its Next Interactive Animated Show for Kids