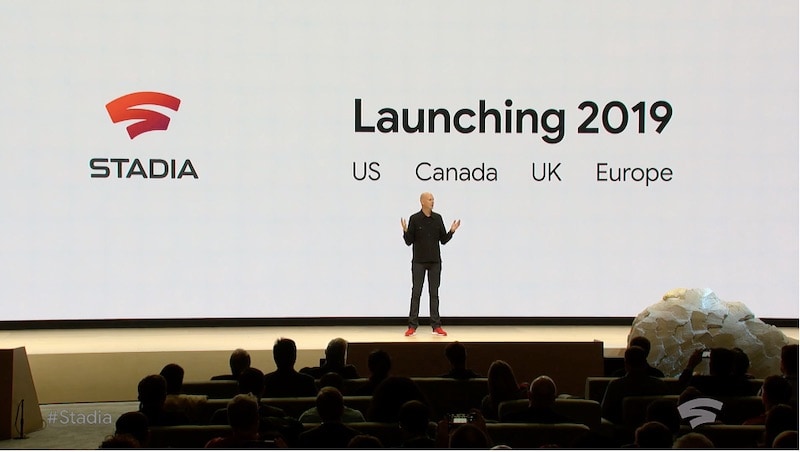 After announcing Stadia at GDC 2019, Google has revealed what Internet requirements are needed to use the game streaming service when it's finally out later this year. According to Stadia boss Phil Harrison, the service will need around 25Mbps for 1080p 60fps gaming and around 30Mbps for 4K. However, Harrison did say that Stadia would offer lower resolution where necessary, scaling with your Internet connection. Considering that the service did have a considerable amount of latency on 200Mbps connections during first impressions at GDC 2019, it will be interesting to see how it performs in real world conditions when it's finally released.

"We were able to test a lot of this with our Project Stream test late last year, starting back in October," said Harrison in conversation with Kotaku. "To get 1080p, 60 frames per second, required approximately 25 megabits per second. In fact, we use less than that, but that's where we put our recommended limit at. But with innovations that we've made on the streamer side and on the compression side since then, when we launch, we will be able to get to 4K but only raise that bandwidth to about 30 megabits per second. So if you have less bandwidth, we'll give you a lower resolution… We do a lot of that for you in the background, and we will only offer up the appropriate bandwidth for the infrastructure that you have.”

Google tells Digital Foundry that the Stadia hardware "can be stacked, that CPU and GPU compute is 'elastic', so multiple instances of this hardware can be used to create more ambitious games."

It's unknown at the moment if 16GB is for the entire system or for GPU VRAM alone and Google states that this configuration is a first-generation system. This implies that it would evolve overtime with no user-side upgrades needed. Interestingly, the bandwidth confirmed is a 100 per cent match for the HBM2 used on AMD's RX Vega 56 graphics card.

For what it's worth, Digital Foundry's first impressions of Stadia are mixed with image quality not being upto par on bigger displays and legibility issues regarding HUD and text being an issue with smaller smartphone screens, stating that the best experience was had on a 13-inch MacBook Pro.