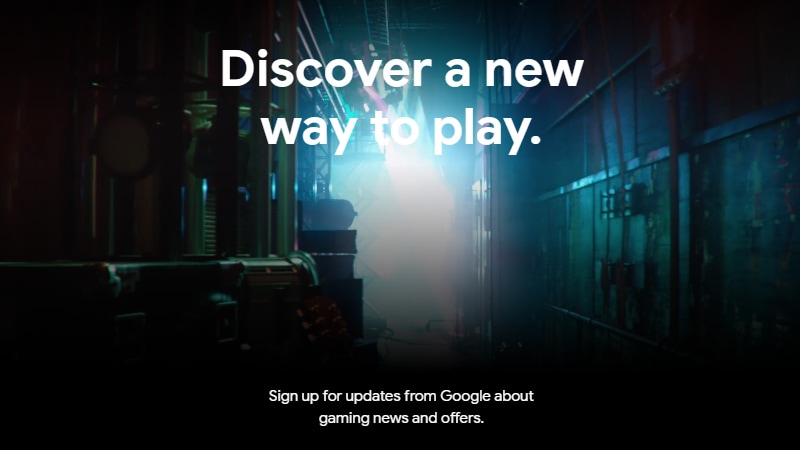 Google will have a presence at GDC, and that is something we've known for the past month. So far, leaks and rumours have indicated that the company will launch its game streaming service - something it has been trialling as Project Stream - as well as its 'Yeti' gaming console. The console in all probability will be an affordable offering without any power hardware, essentially a thin client for game streaming. Now, Google has posted a teaser for the keynote, and not much has been revealed by it beyond the company touting it will announce its "vision of the future of gaming". A live stream has also been announced. Separately, game industry veteran Jade Raymond announced she has joined Google as a VP - and while she hasn't revealed what she would be vice president of, it should be safe to assume it's related to gaming.

Posting the teaser on its various social media channels, Google said it will unveil its "vision of the future of gaming" at its GDC 2019 keynote address on March 19, which is scheduled to start at 10am PDT (10:30pm IST). The posts also point to the live stream on YouTube, and that video points to Google Store teaser page where users can sign up for updates. The fact a Google Store page is being used as a landing page indicates that Google's announcement will not revolve solely around its already trialled game streaming service, but rather feature some hardware in addition.

As we mentioned, Google has been tipped to launch a 'Project Yeti' streaming service, console, and a controller for a while now, as far back as February last year. In the interim, no further clarity has been gained on just what this console would be, though Google has since beta tested its 'Project Stream' game streaming service - it was piloted in the US in October last year, and ended on January 15. With the streaming service being tested under another name, it may be possible that the rumoured Project Yeti was a codename referring to the hardware (console & controller), though we don't have long to wait before the commercial name is announced next week at GDC.

Project Yeti hardware was reportedly initially conceptualised to be offered in the form similar to a Chromecast dongle, but later revised to take the form of a full-fledged console complete with a controller. A recent patent filing for a controller design featuring a Google Assistant button also came to light. Recent reports also point to the launch of multiple games at the Google GDC announcement.

As for Jade Raymond, the industry veteran announced she was joining Google as a VP in a tweet on Tuesday. Raymond has worked with Sony, Electronic Arts, and Ubisoft, and is perhaps best known for leading the production of the first Assassin's Creed game, apart from founding the Ubisoft Toronto studio. As we mentioned, it's uncertain what Raymond will be vice president of at Google, though it's safe to assume it will be related to gaming.

Marvel to Develop ‘What If’ Animated Anthology Series for Disney+: Report