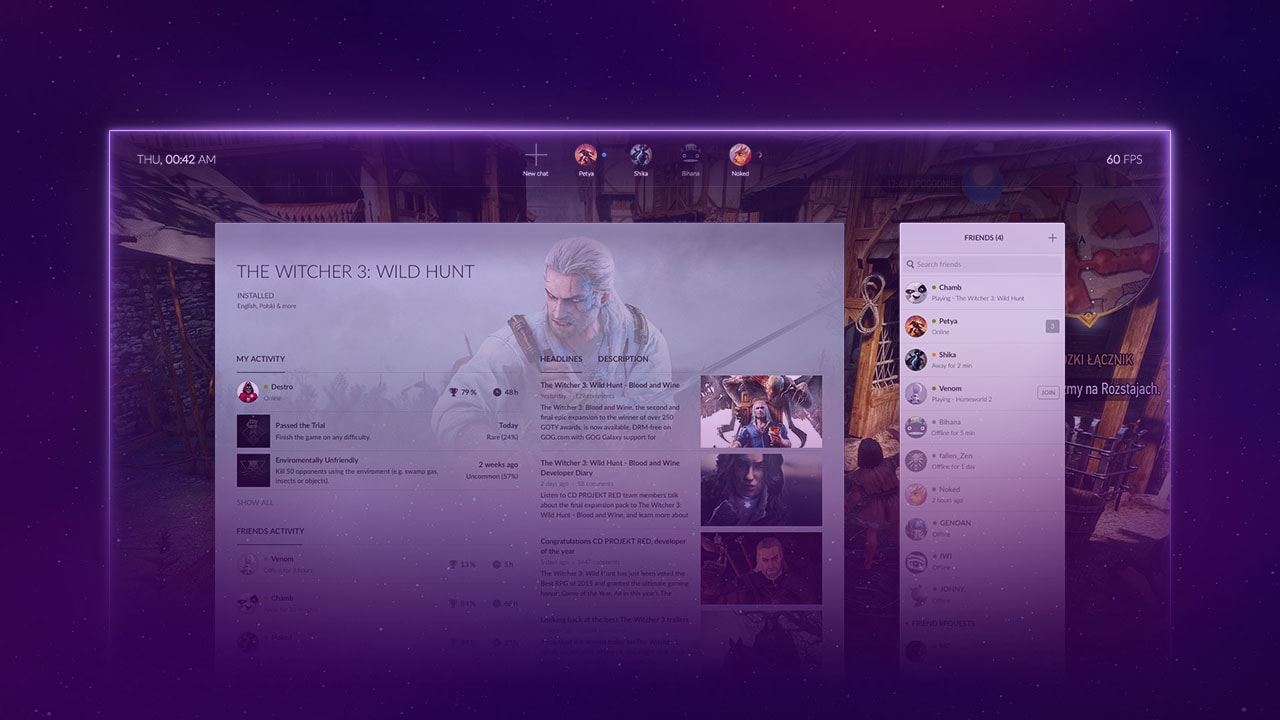 GOG Galaxy – the DRM-free alternative to Steam – got a big update on Wednesday, that brings the gaming client out of beta with v1.2. In addition, GOG is introducing ‘Universal Cloud Saves’, which will allow you to sync and back up your save-game files to the cloud, so you can play across PCs.

Going forward, developers will be able to add the feature to their games, and it’s been already added to classic games that form a big part of GOG’s library. Currently, the cloud save feature is available with Planescape: Torment, Dragon Age Origins, Heroes of Might & Magic III, and Vampire: the Masquerade Bloodlines.

Importantly, “cloud saves are not locked behind the gaming platform,” GOG wants you to know. “At any moment users can download backup of their saves data and use it as they see fit.”

That’s not the only change in v1.2, of course. The other improvements include an in-game overlay – just as you’ve seen in Steam, Origin, and Uplay – which lets you chat with friends, and check on notifications or achievements. And since GOG has always been about giving you the control, with v1.2, you can choose what features you want, so there’s no sense of “feature-creep”.

Beyond that, you get bandwidth limiting and scheduling, an FPS counter, the ability to take screenshots (with F12), achievement rarity – which shows you how common/ unique it is in the GOG community, new chat, settings window, and hibernation mode, and desktop notifications, if you choose to have GOG Galaxy run in the background.

You can get update v1.2 for GOG Galaxy now, if you’re signed up to test updates. Otherwise, you’ll need to wait till April for the general release.