God of War Is the Fastest-Selling PS4 Game Ever: Sony 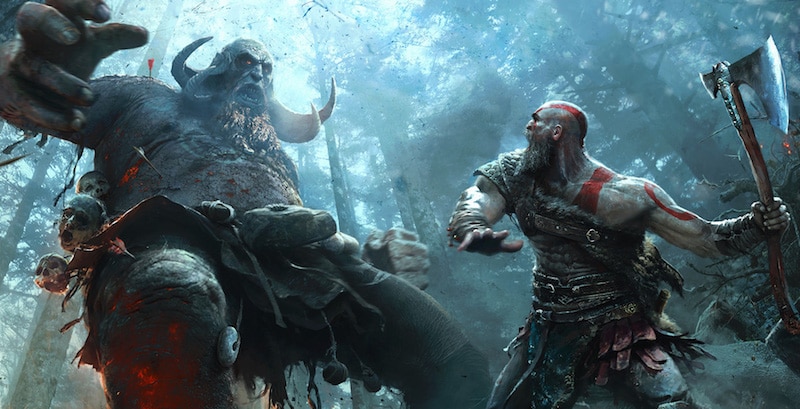 PS4-exclusive God of War isn't just a critical success. Sony has announced that God of War sales have reached 3.1 million in just three days of its launch, from April 20 to April 22. This makes it the fastest-selling PS4 game so far. Keep in mind that Sony has used the word "sold" not "shipped" which in this case essentially means that 3.1 million PS4 owners have bought the game in just three days of its release date.

"When we first revealed God of War less than two years ago, we knew we had something truly special. Fans reacted with tremendous excitement to this bold reimagining of the franchise, and we were thrilled to explore the unique father-son dynamic between Kratos and Atreus. Fast-forward to present day with the game’s release, and we are humbled to see such positive reviews," wrote Asad Qizilbash Vice President, Marketing, Sony Interactive Entertainment America on the official PlayStation blog.

The sales success of God of War comes at a time when publishers seem to be interested in making games that double down as live services, using open-worlds as a hook for players to keep playing their games for longer and perhaps spend more on the game over a period of time. That said, it hasn't beat The Last of Us on the PS3 just yet, though it should in the weeks to come.

For what it's worth, the game has sold exceedingly well in India. Multiple game stores speaking to Gadgets 360 have confirmed it to be the highest selling game of the year for them so far and all of them have seen a healthy bump in PS4 console sales as well. With the PS4 Slim being the number one seller followed by the God of War Limited Edition PS4 Pro and then the standard PS4 Pro.

"This has been our best month for hardware thus far thanks to God of War. We can't keep the PS4 Slim on the shelves and PS4 Pro sales have been up by 35 percent as well," says a Mumbai-based game store owner.

In our God of War review we felt that Kratos' return is one of the generation's best. Kratos’ PS4 debut is, if you’d excuse the pun, a god tier affair. Fan boys may deride the lack of spectacle and its nuanced take on a well-loved protagonist may not be for everyone, but it's rare to see a reimagining to a series handled as deftly and with such polish and care.

PUBG Item Trades Turned Off on Steam Due to 'Abuse of the System': PUBG Corp
Twitter Urges All Users to Change Passwords After Bug Left Them 'Unmasked'