Gears of War 4 Xbox One S Console and Price Revealed 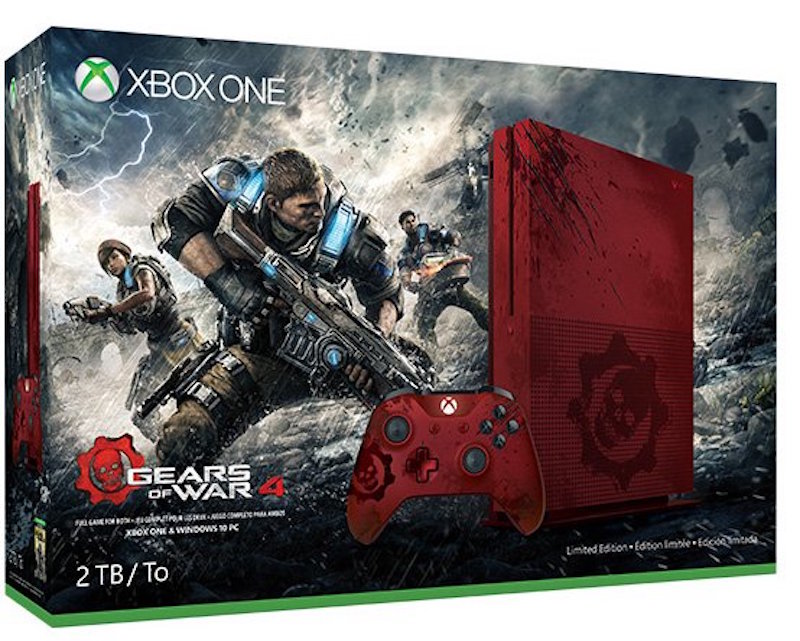 As we reported earlier, Gears of War 4 will be getting a limited edition Xbox One S console. Now, images of it as well as its possible price have been revealed.

"Here is something uplifting after the news about no Gamescom Conference from MS.The backside of the Gears Xbox One S," tweeted NeoGAF user ekim, who has a solid track record on Microsoft related leaks.

This was followed up with a picture of the console itself and information on what to expect along with it.

"Of course it includes a code for the game (Play Anywhere compatible) in the Ultimate Edition. Price is $449," he stated in a tweet. This was followed up by saying that the price "may be still subject to change."

Will India get it? Well, in the past we've seen Microsoft grace the country with limited numbers of its Forza Motorsport 6 console. It sported a price of Rs. 39,990 at launch. But with the Gears of War 4 console being a 2TB Xbox One S and that Microsoft India has no plans to bring it in at this point in time casts a reasonable shadow of doubt on it making it here officially.

An Xbox One S for Gears of War 4 is apt, what with the game's studio head Rod Fergusson stating you can expect improved visuals and a more consistent frame rate on the Xbox One S over the Xbox One. And while Xbox boss Phil Spencer has flip flopped on this, multiple sources have confirmed that this is indeed the case.

Don't expect Gears of War 4 to be in native 4K for Project Scorpio though. "We have to look at what the engine can do with the power that Scorpio has," said Fergusson to Polygon. "Because we're mastering at 4K, it's not about assets or art. It's about getting the milliseconds down in terms of getting the game to 4K at 60 or 30 [fps] depending on single-player or multiplayer."