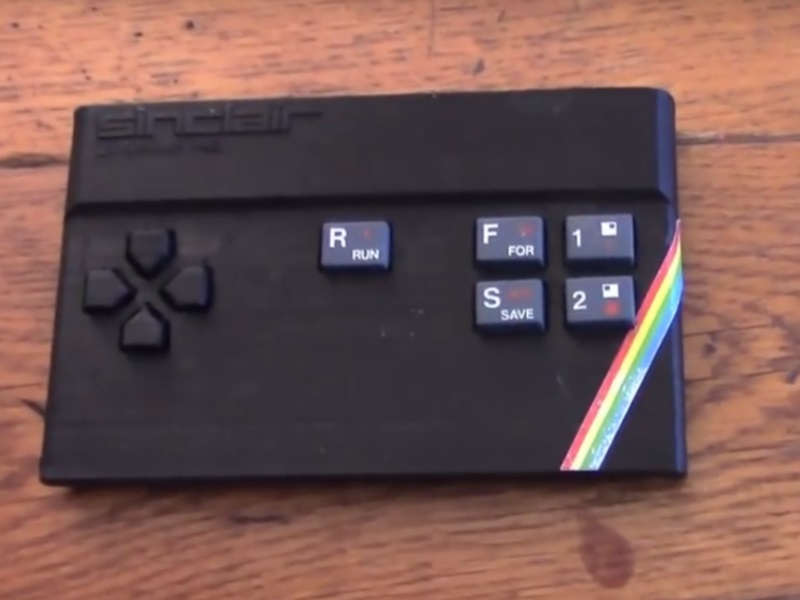 A gaming console that was the forerunner of today's PlayStation and Xbox has been brought back to life more than 30 years later after an online fundraising campaign by nostalgic fans.

The ZX Spectrum became a classic after its release in Britain in 1982 and its success helped introduce a generation to computing and simple but addictive games.

Players can access 1,000 retro games stored in the memory by linking to a TV screen.

The first 4,000 have already rolled off the production line of the SMS Electronics factory on the outskirts of the central English town of Nottingham, produced by company Retro Computers.

It all kicked off with a crowdfunding campaign backed by the inventor of the original, Sir Clive Sinclair, something of a legend in the history of video games.

The target was reached in 36 hours.

For David Levy, CEO of Retro Computers, the success of the campaign is no surprise.

"There are a huge number of people from the 1980s who played the Spectrum, enjoyed it, and want to have the same experience again," Levy told AFP.

"And quite a lot want their children to see what they were enthusiastic about 30 years ago."

More than five million units were sold of the original Spectrums, affectionately known as "Speccys", one of the first home computers to be widely used in Britain.

But it eventually lost out to competition from Japanese giants Nintendo and Sega.

"It was the PlayStation, the Xbox of its day," said gamer Jonathan Cauldwell, a fan of the console for 30 years.

The nostalgia business
Faced with cinematic game graphics and virtual reality headsets, renewed enthusiasm for the simple concepts and pixellated graphics of yesteryear is fuelling a revival of "retro" games from decades past.

"Spectrum games are quick and fun, you pick them up, you play them, you put them down, and that's all there is to it," said Cauldwell.

Several factors have combined to fuel the return of simple games: the emergence of independent developers with limited budgets, but also the boom in mobile phone games -- aimed to take up little memory and be accessible to a wide audience.

Damien Duvot, who reviews games on YouTube under the handle MrMeeea, said it comes down to the lack of imagination.

"You turn around, and suddenly re-do what worked in the past," he said.

"It's what I call the business of nostalgia," says Duvot, who advises viewers on where to find bargains on old games.

"A few years ago I found NES games for three or four euros. Now some are sold for hundreds of euros. This is money-making, pure and simple."

Buyers must also contend with the risk of getting a broken console or illegal copies.

By resurrecting the ZX Spectrum, which was discontinued in 1992, Retro Computers is serving this market while attracting new players.

They even have a rival: Elite Systems, a British company that made games in the 1980s before moving into mobile gaming, has announced that it too will revive the ZX Spectrum - this time with a full-sized copy of the original.

It just goes to show that this industry, "Game Over" never truly means the end.