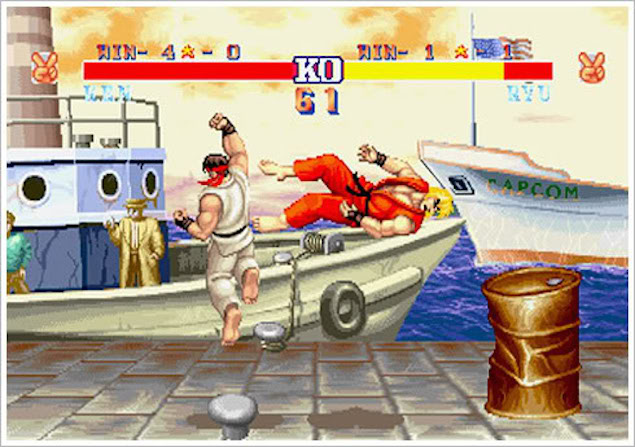 Last week astute Twitter users discovered they could use the micro-blogging platform's embed feature to take links from the Internet Archive's gargantuan repository of MS-DOS games such as Street Fighter II (pictured above) and make them playable via tweets. It worked the same way video or image embeds did on Twitter.

However doing so is against its terms of service and after a slew of reports hit publicising the feature, Twitter has disabled the ability to embed games.

"Do not build end-to-end interactive experiences inside the video or audio player unrelated to Player Card content, such as the following: purchasing, gaming, polling, messaging, and data entry," the social media platform says under "what the approval team looks for" in its developer notes.

While you have lost the ability to turn your timeline into a virtual museum of retro-gaming fun, you can always get your fix of nostalgia by visiting the Internet Archive.

The platform has had a rough week. Financial analytics firm Selerity leaked its poor earnings an hour before Twitter was to announce it on Wall Street, leading to a further tumble in its stock price. While its acquisition of streaming service Periscope has led to users broadcasting bootleg streams of the big fight between Floyd Mayweather Jr. and Manny Pacquiao in Las Vegas.