The FreeFortnite Cup is free to enter and prizes include a virtual "Tart Tycoon" outfit featuring an apple head, sunglasses, and condescending frown. 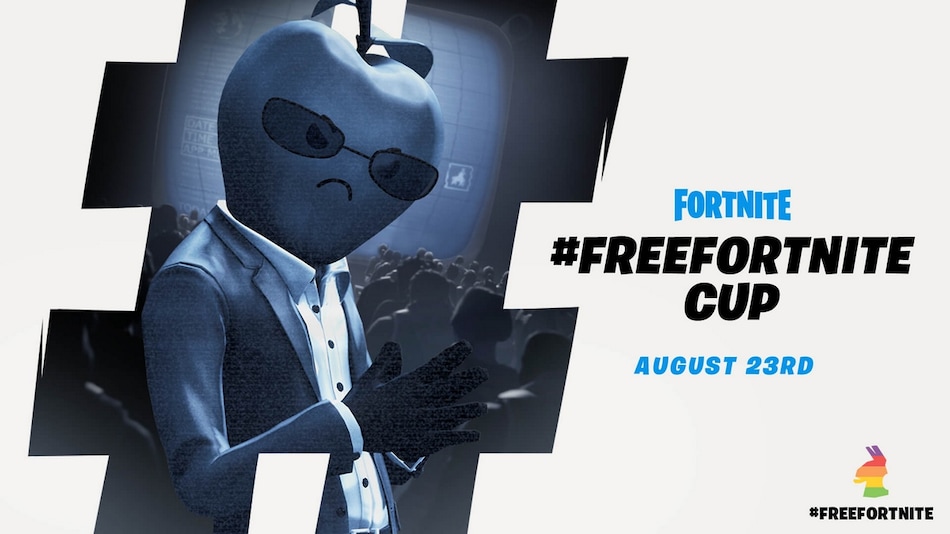 Epic asked fans to join the battle against Apple

The maker of video game sensation Fortnite is taunting Apple amid its legal battle with the tech titan, launching a tournament on Sunday to highlight its war on the App Store fee policy.

"All of your friends. Awesome prizes. And one bad apple," Epic Games said in a post on its website.

The "FreeFortnite Cup" is free to enter and prizes include a virtual "Tart Tycoon" outfit featuring an apple head, sunglasses, and condescending frown.

Players with top scores in each of the game's 20,000 regions around the world will be sent caps with a "Free Fortnite" logo playing off of Apple's iconic symbol, Epic said.

Epic also encouraged players to express their displeasure with Apple on Twitter using the #FreeFortnite hashtag.

Fortnite players on Apple mobile devices won't be able to access a new season of the game, set to launch August 27 with a software update, because the app has been removed from Apple's App Store.

"These are the final days of the entire Fortnite community's ability to play together," Epic said.

The company filed a lawsuit against Apple last week after the iPhone maker took Fortnite off its App Store for releasing an update that dodges revenue sharing.

Epic has asked a judge to make Apple put Fortnite back in the App Store until the matter is resolved in court.

Apple on Friday voiced its opposition to such an emergency order, arguing in a legal filing that Epic's situation is a "self-inflicted wound" that could be remedied by updating Fortnite to stop bypassing the App Store payment system.

"Epic made a deliberate choice to cheat Apple," it said.

"Having decided that it would rather enjoy the benefits of the App Store without paying for them, Epic has breached its contracts with Apple, using its own customers and Apple's users as leverage."

Apple does not allow users of its popular devices to download apps from anywhere but its App Store, prompting critics to argue it wields monopoly power.

The tech giant has also notified Epic it will cut off access to tools needed to tailor software for devices powered by its operating systems, according to a request by the game maker for a temporary restraining order.

Without those tools, Epic will not be able to create iPhone, iPad or Mac computer versions of its widely used Unreal Engine for powering rich graphics.

Gamers can still play Fortnite on Apple mobile devices, but will not receive updates because those need to come through the App Store.

It is giving away 1,200 pieces of gaming hardware as prizes in the Sunday tournament.

"Just because you can't play on iOS doesn't mean there aren't other awesome places to play Fortnite," Epic told fans.