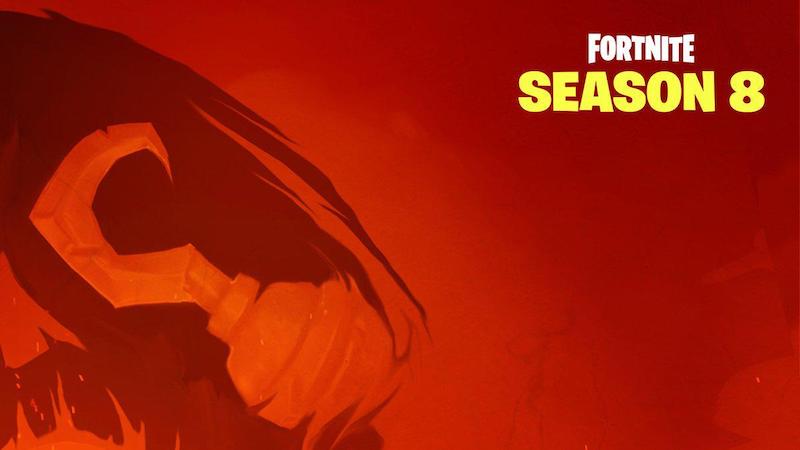 Fortnite Season 8 release date is February 28. Developer Epic Games revealed this with a tweet yesterday. While no exact Fortnite Season 8 start time was announced, expect it to be around 9am BST (1:30pm IST) on February 28. In addition to this, the theme for this season has been teased too. Alongside information pertaining to when Fortnite Season 8 begins, Epic Games tweeted an image of a hook, suggesting a pirate theme for the new season. In addition to new skins and challenges, we won't be surprised to see the map change in some shape or form like it did with Season 7 introducing snow to the proceedings.

"X marks the spot, treasure abound, loot that has been lost, can always be found. 4 days until Season 8," reads the tweet from Epic Games.

Like past seasons, expect Epic to tease more of what to expect for Fortnite Season 8 in the following days. Perhaps around the same time last this first teaser which was around 8:30pm IST.

In order to get it, you'll need to complete a set of challenges by the end of the month. Those who do so, get the Season 8 Battle Pass for free.

This was announced as a part of the Fortnite 7.40 update patch notes. For current Fortnite Battle Pass owners, the Overtime Challenge rewards will include new unlockable styles for the Trog, Powder, and Onesie outfits.

"Everyone who completes 13 free Overtime Challenges by February 27 will receive the upcoming Season 8 Battle Pass for free," reads a post from Fortnite developer Epic Games. "If you don't have an outfit, now is your chance to get several for free. With the Battle Pass, you'll receive two Season 8 Outfits instantly and you can earn up to five more."

Fortnite revenue on PS4, Xbox One, Nintendo Switch, iOS, Android, and PC has declined month on month by 48 percent in January. This was on the back of December being a peak month for the game. According to analytics firm SuperData, Fortnite was the second highest grossing title on consoles in January 2019 and fifth on PC. Fortnite failed to make it on the top 10 list for mobile. However that doesn't mean that its popularity on mobile has eroded.

Reason being, Epic Games self-publishes and distributes the game on Android which doesn't really give SuperData a way to accurately track its success. Throw in the cross-play, cross-progression nature of Fortnite where in-app purchases and progress syncs between devices and it's tough to ascertain how little or how much revenue was made on mobile.

"Fortnite dips month-over-month after a strong end to the year," the report from SuperData reads. "Fortnite revenue on all platforms combined declined 48 percent month-over-month in January, although sales are still up significantly year-over-year. This comes after a peak month in December and points to an increasingly lumpy revenue profile heading into 2019."