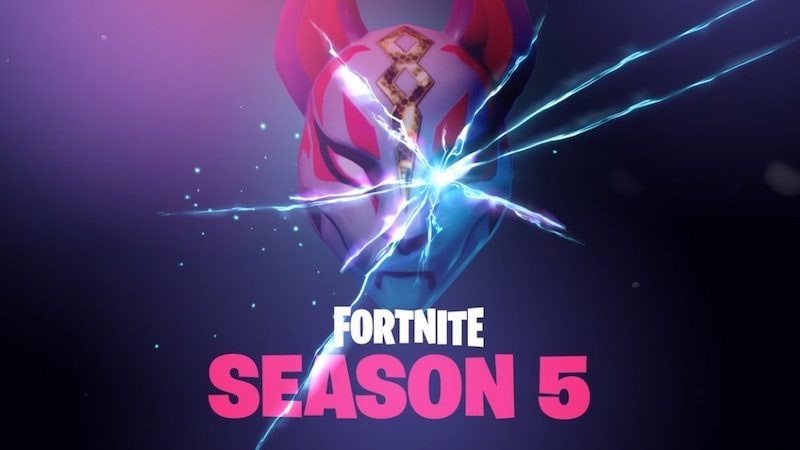 Epic Games has announced the next season of Fortnite Battle Royale challenges. Fortnite Season 5 start date is July 12 at 8am GMT (1:30pm IST). It'll be interesting to see if Epic sticks to this date considering the delays we've seen on the rollout of specific features such as Playground LTM. Fortnite Season 5 should last for 10 weeks, all the way upto September 20. Expect significant map changes as well thanks to last week's rocket launch event that resulted in a crack in the sky above Moisty Mire. Throw in the removal of the Durr Burger sign from the game as well as Epic flooding the real world with Loot Llamas appearing in Paris, London, and Cologne, hint at some massive shake ups for Season 5 of Fortnite.

Plus, Epic's first tease for Fortnite Season 5 shows off a mask of a fox, which some speculate to be Kitsune. According to Japanese folklore, it has the power to manipulate space and time. Combined with another hint present in the in-game announcement that simply reads "Worlds Collide" could see multiple worlds converge on the Fortnite map. Another theory doing the rounds is the possibility of ancient periods being highlighted with new skins thanks to a second tease from Epic that has a silver axe, which could be a skin for the standard pickaxe.