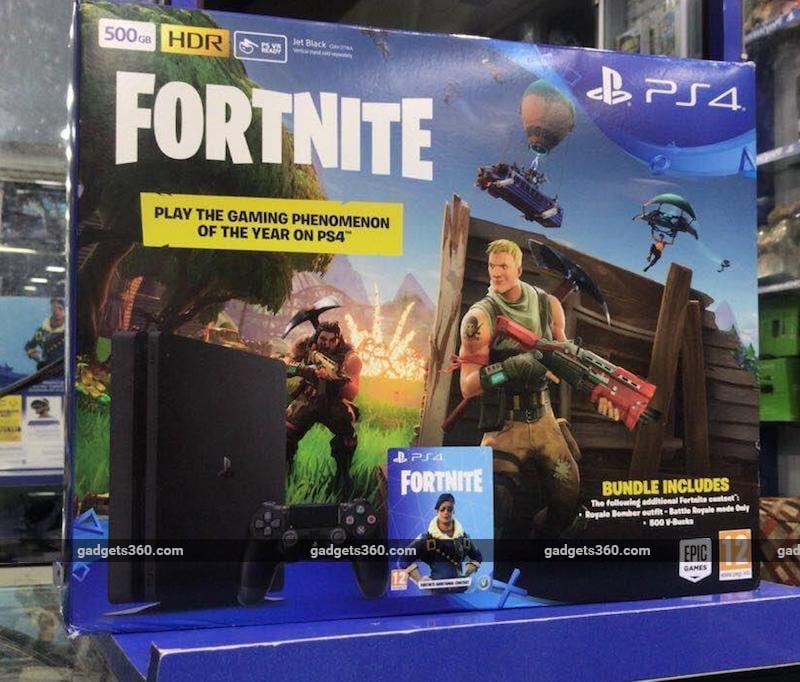 Usually, Sony India has been exceptionally proactive with bringing PS4 bundles to India and this should make it as well. That said, Gadgets 360 has reached out to Sony India for comment and will update this story if we hear from the company. Here's what you get with the Fortnite PS4 Slim bundle.

Fortnite PS4 Slim bundle - what you get

The Fortnite PS4 Slim bundle has a standard PS4 Slim with no custom design or embellishments like the God of War PS4 Pro or the Final Fantasy XV PS4 Slim.

In a related development, it appears that Sony may be revving up attempts to introduce PS4 crossplay. Plus, it may also bring the option to let users change their PSN ID names, and even bring the previously rumoured PS Now download function to the PS4 as well. According to an "internal report" acquired by gaming blog The Loot Gaming, all of these features could make it to the PS4 by the end of the fiscal year citing flagging console sales as a reason for this.

Furthermore, the site claims that Sony will include the framework for users to change their PSN ID name but it won't be enabled until PlayStation Experience 2018 that's in December and is being done as "preparation for the next console generation."

Finally, the report suggests that PS Now will get a download option, effectively allowing users to play PS3 and PS2 games on the PS4 with no need for a persistent Internet connection. This is being done to combat Xbox Game Pass and is expected with a September update to the PS4.