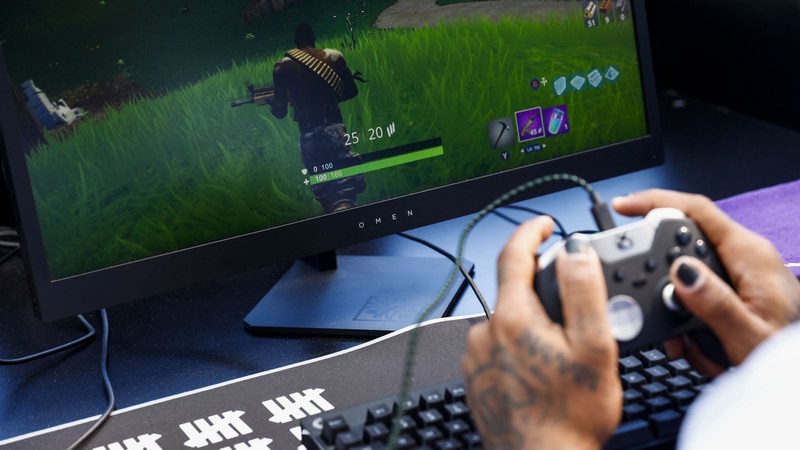 The creator of the wildly popular video game Fortnite has been given an "F" rating from the Better Business Bureau after not addressing hundreds of complaints from concerned customers.

The BBB said that over the past year, it has received more than 270 complaints about Epic Games, which has made a fortune from Fortnite and other popular video games. Most of the complaints regard customer service issues and problems with refunds and exchanges - and most of them were never addressed by the Cary, N.C.-based company, the BBB said in a news release.

A spokesman for Epic Games said in a statement Thursday that the company is not affiliated with the BBB and that it has "redirected all player submitted complaints from the BBB to our Player Support staff." When asked how many complaints the company has received directly, the spokesman said Epic Games gets customer service requests daily for a variety of reasons. He added that concerned customers should reach out to Epic Games' customer service.

However, the BBB noted that it, too, has tried "on numerous occasions" to contact Epic Games, but it never received a response from the company.

The BBB said that it has received 279 complaints about Epic Games' customer service and gaming issues over the past three years, but that 271 of them were reported in the past year, as the company's top game, Fortnite, has taken on a life of its own.

Over the past three decades, Epic Games has made an impact on the gaming industry, creating smash hits such as Unreal, Gears of War and Shadow Complex.

Fortnite, a last-person-standing multiplayer survival game, which was described by TechCrunch as " Lord of the Flies meets Hunger Games," has turned into the latest game craze, accumulating more than 200 million players and helping to earn Epic Games billions of dollars in revenue. Fortnite generated $300 million (roughly Rs. 2,100 crores) in its first 200 days on Apple's iOS platform, according to analysis by Sensor Tower.

According to The Washington Post's Brian Fung: "The company reportedly made $3 billion (roughly Rs. 21,000 crores) in profit in 2018, thanks in part to its hit game and the cultural phenomenon it has become."

Those profits are generated in large part through in-game microtransactions from Fortnite, which is free to play. Once in the game, players can purchase for their characters new outfits and emotes, like signature dances and gestures, using V-Bucks, the game's online currency. V-Bucks are sold for real money at an exchange rate of 10 V-Bucks to $1. In-game merchandise varies in price, with the most popular outfits and emotes ranging from $15-$20.

But at least some players, and possibly their parents, are not pleased with the experience.

Some who filed complaints with the BBB said that their credit cards had been charged for in-game purchases without authorisation and that when approached Epic Games with the issue, the company declined to return the money.

"NEXT, (the) alleged customer support links are a scam: I called the main phone line & tried multiple options to reach any support, only to reach multiple dead-ends. I emailed as well but received a 3rd-party disclosure, thus I have been scammed in reaching out to customer support. I strongly suspect Epic Games designed their Fortnite main web page to first lure kids with the $5 game download, BUT purposely DO NOT PROVIDE parents a means to control their credit card security, resulting in the possibility of multiple unauthorised purchases."

Others said the Epic Games accounts "are regularly hacked, stolen & sold to third parties" and that the company offers "no way to block thieves & reclaim accounts."

"This is a SCAM," one person said.

"I've been wronged," another said.