Fortnite players will be able to acquire the Pele Air Punch emote from the in-game Item Shop. 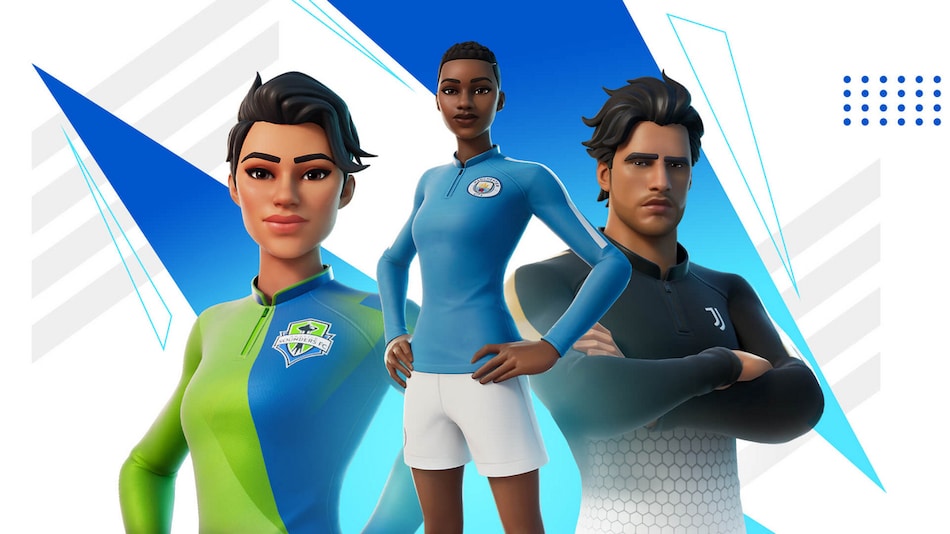 Fortnite is set to get a new skin set that brings major football (or soccer) club's skins to the game. Dubbed Kickoff Set, the new skins will be available to players from January 23, along with Pele's Air Punch emote. Epic Games, the developer of Fortnite, has teamed up with 23 football clubs to bring their outfits to the game, that players can swap between. Fortnite is also introducing the Pele Cup that will give players a chance to win the Air Punch Emote and Kickoff Set for free.

Epic Games has partnered with popular football clubs to bring their jerseys to Fortnite as part of the Kickoff Set. The clubs include Manchester City, Juventus, AC Milan, Inter Milan, AS Roma, Seattle Sounders FC, Atlanta United, Los Angeles FC, Santos FC, Wolves, West Ham United, and Sevilla, among others. You can check out the full list on the Epic Games website. There are 10 different variants of male and female outfits to choose from.

Along with these skins, Epic has also partnered with the iconic Brazilian footballer, Pele, to bring his famous Air Punch celebration as an emote to Fortnite. Epic says Pele used his iconic celebration 1,282 times in his career. Check out the video below to see how the emote looks in the game.

The new emote, as well as the skins, will be available from January 23 and the emote can be acquired from the in-game Item Shop. Epic Games also says that players have a chance to win the Kickoff Set and new emote for free by participating in the Pele Cup that starts today, January 20. Top scorers in the tournament will have a chance to win a customised signed shirt.

Additionally, Epic Games has added a new football-inspired Creative island in the Creative Hub. Here, players will participate in 4v4 bracket-style matches and use their bodies, Pickaxes, power-ups, speed boosts, and more to outscore the other team. There are two rounds per game and winners move on to the next round.