Fortnite's New Galaxy Skin Might Be a Samsung Galaxy-Exclusive 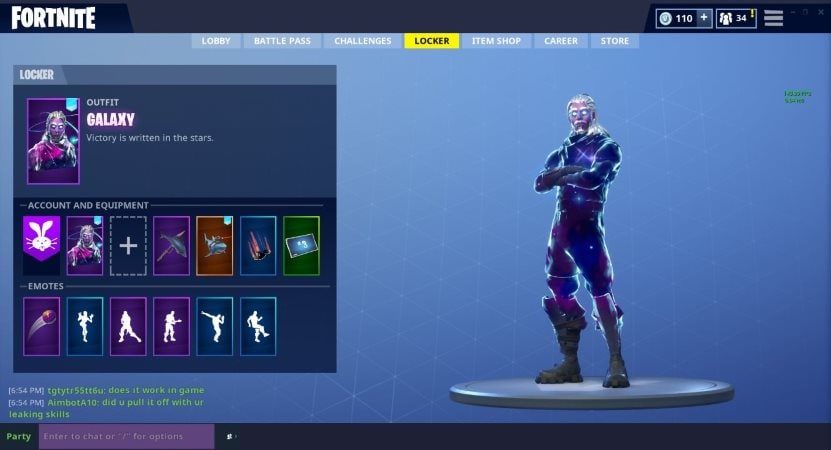 Fortnite players have unearthed a new ‘Galaxy’ skin while looking through the updated game files after the latest patch for the popular battle royale title. According to different sources, it might be exclusive to Samsung’s Galaxy smartphone range and likely bundled with pre-orders of the Galaxy Note 9, which is set to be launched Thursday.

A Twitter user with the handle ‘@sud4nym’ dug through the Fortnite patch files to discover the string of text “sam_galaxy_lord” attached with the new ‘Galaxy’ skin, contributing to the notion that it will be somehow tied to Samsung Galaxy devices, given the presence of ‘sam’ and ‘galaxy’. Members of the FortniteBR subreddit speculate that the “absence of a back bling” i.e., a cosmetic addition on the character’s back in addition to the name means it’ll be a pre-order bonus for Samsung Galaxy devices.

Fortnite players think these findings are strengthened by earlier reports, with Fortnite’s upcoming Android release expected to be a Samsung-exclusive for four months, possibly restricted to the Galaxy Note 9 and the Galaxy Tab S4 for a month; and granting 15,000 V-Bucks (Fortnite’s in-game currency) to those who pre-order the Galaxy Note 9.