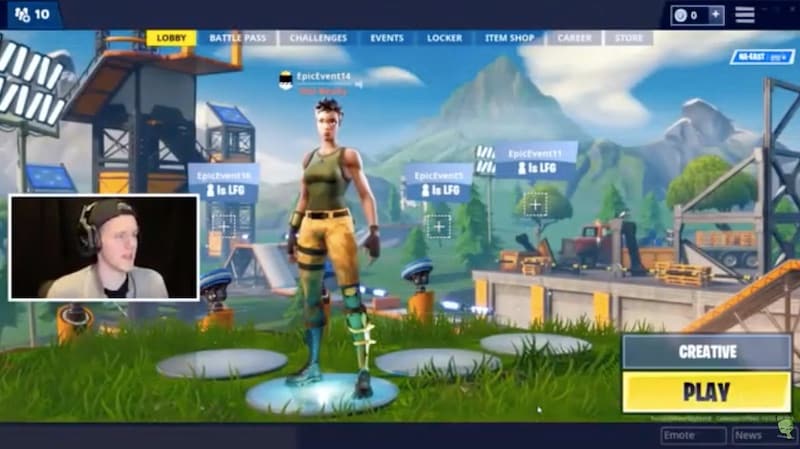 Fortnite is getting a new mode called Creative Mode. It may be added to the game alongside the Fortnite Season 7 update. The Fortnite Creative Mode will allow players to make their own private map with all the content from the game including terrain options, buildings, and weapons. Players can create their own servers and have others join them. There's a lobby too. The Fortnite Creative Mode lobby lets players choose which servers to join with community-created maps. It appears to be an expanded version of Fortnite Playground LTM with deeper options and clearer menus that makes the process a lot easier, reminding us a lot of how Minecraft handles custom servers with player-created content. With Epic Games having an announcement in place for The Game Awards 2018 on December 6, which is, incidentally, the Fortnite Season 7 release date, Fortnite Creative Mode's reveal could be the big reveal.

Nonetheless, the existence of this mode prior to an official announcement was courtesy of YouTuber Lachlan who uploaded a detailed video about it earlier in the day. Though the Fortnite Creative Mode was demoed on a PC, it's safe to say that would make it to other platforms such as the PS4, Xbox One, Nintendo Switch, iOS, and Android eventually if not day one. And although Lachlan eventually removed the video, that didn't stop other YouTube users from re-uploading it. Fortnite Creative Mode should be out around the same time as Season 7.

"A bitter ice spreads... 3 days to Season 7," reads a tweet from the official Fortnite account confirming when Fortnite Season 7 would begin and hinting at snow and ice featuring heavily too. The included image with the tweet also suggests that snowboarding would be a part of the festivities as well. It makes sense when you consider that it starts in December which usually is a period of chilly weather in the northern hemisphere.

There are some clues that point to this as well. For one, a snow storm has been seen on the horizon to the south of the Fortnite map and has grown considerably over time and a snowy theme was even hinted at when the Hunting Party skin was introduced.

Furthermore, assets regarding different noises while moving such as the crunching of snow were leaked on Reddit too. Plus, the FNBRLeaks Twitter account had screenshots of sound files for snow footsteps (via VG247) corroborate the same too with a second tweet having audio of exported Fortnite files that aren't exactly the same as the sound of snow in Viking Village. All of this points at the possibility of snow coming to the Fortnite map very soon.