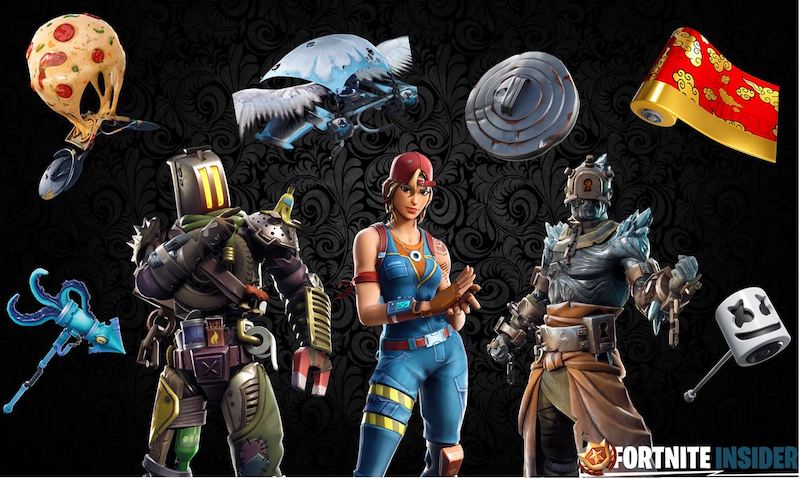 Fortnite 7.30 leak includes skins, back bling, and other cosmetic items

The Fortnite update 7.30 hit Android, iOS, PS4, Xbox One, Nintendo Switch, and PC this week. And with it comes a host of yet to be revealed Fortnite skins. While Epic Games is yet to divulge all Fortnite skins found in the 7.30 that hasn't stopped dataminers from discovering what you can expect from the battle royale game in the weeks to come aside from 60Hz on select Android models, controller support for both Android and iOS, and a slew of Nintendo Switch fixes that should lead to a less crash-prone game.

According to Fortnite Insider, these items should appear in the Fortnite Item Shop in coming weeks. However this depends on Epic not removing the files. The exact release date is unknown at the moment.

According to a post from an Epic Games employee on a Fortnite subreddit, there a slew of optimisations for the game on Nintendo's hybrid console with update 7.30. These include more efficient memory allocation to prevent crashes, an increased texture pool size to reduce blurry textures, and an improved resolution on the Nintendo Switch as well. While there's yet to be an official release date for Fortnite 7.30 update, it's good to know that Epic Games is looking to improve upon the Switch version of the game.

"Things like frame rates and overall performance are things we are constantly working on optimising across all platforms," a post from an Epic Games employee reads.