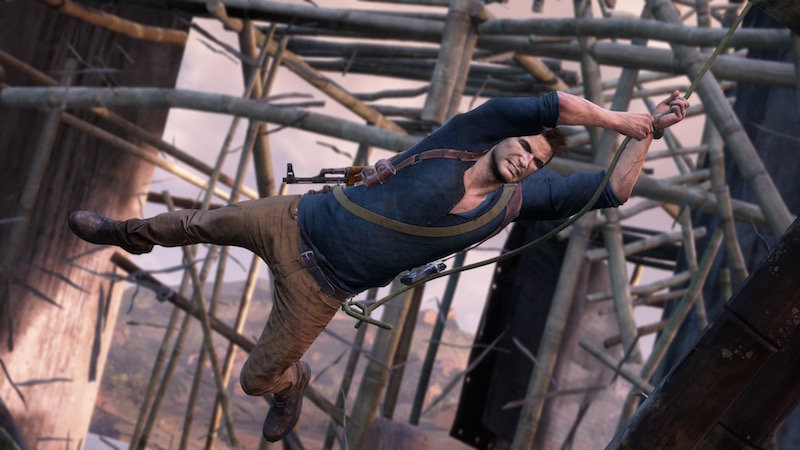 Uncharted 4 is just a day away but it seems that one eager retailer has already released the game to the public. Popular e-commerce website Flipkart has shipped the Sony published PS4-exclusive game early to a few lucky customers.

The news of this first emerged on popular gaming forum IndianVideoGamer where a user who goes by the name of Nate Drake (quite fitting a handle since its the protagonist's name in the Uncharted series) posted a picture claiming that he received Uncharted 4 early.

"I pre-ordered the game via Flipkart through COD [cash on delivery] on the 22nd of April. The game got shipped on the 8th of May from Bombay to my nearest hub, which is Vapi. It reached the nearest hub on the night of the eighth itself. The next morning - today morning at 10:22am, a delivery guy delivered the game to me," he tells Gadgets 360.

This early release was then confirmed by Sony itself.

"Flipkart has admitted to their fault saying it was a bug in their system that led to 20 units going out. We had earlier got a written confirmation from all the big retailers that nothing should go out before embargo date & time i.e. May 10, 12am," a spokesperson for Sony explained. "We are taking this up very seriously with them to ensure (no matter how small the quantities) that it doesn't happen in future. They have written to us ensuring that they are putting in their best efforts to rectify even the ones that have gone out for delivery."

Sony is typically known for shipping its games out to retailers just on time to meet release date. The fact that Flipkart shipped it out early is cause for concern. Especially in a market like India that's struggling for validation. Moves like this do little to instil confidence amongst game publishers.

We've reached out to Flipkart and will update this story if we hear from the company.

Looking to pick up Uncharted 4? Worried about running into a spoiler with multiple copies out in the wild? Check out our spoiler-free guide of everything you need to know about the game before it's out on May 10.