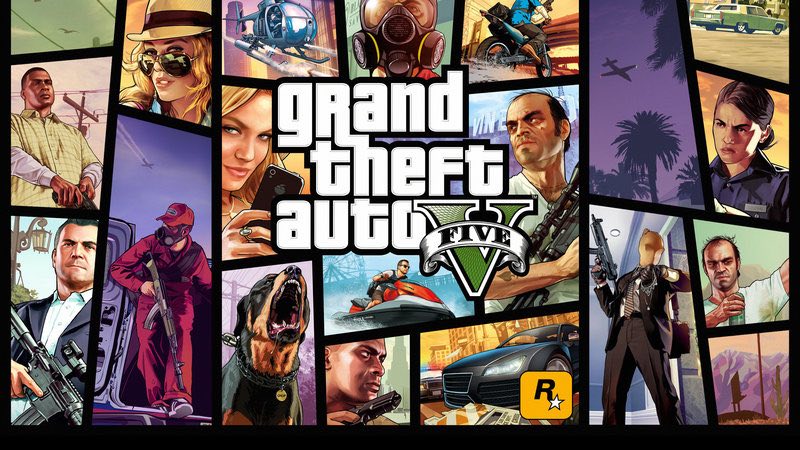 Indian e-commerce giant Flipkart has divulged to Gadgets 360 what its best selling games are in the country. These have been Flipkart’s biggest sellers in the last month.

GTA V should come as no surprise. It’s been a sales giant the world over, years after its initial release. Neither does WWE 2K17 and Don Bradman Cricket 17 considering that wrestling and cricket are ridiculously popular in the country.

Sony’s Uncharted 4 also makes the cut, showing that the franchise does have more selling power than expected. The anomaly is Watch Dogs 2. Despite launching to critical acclaim, publisher Ubisoft had admitted that it did not sell as well as it liked.

Flipkart Gets Into the Games Business; Teams Up With Blume to Back Mech Mocha

In addition to this, the company’s most widely searched and rated games by its users over the last six months are as follows.

Most popular games on Flipkart

Again, no surprises here. Although the presence of Battlefield 1 — an EA title that’s exclusive to Amazon India is odd. On further inspection, it’s sold by a third-party retailer, Games Planet Impex and not Flipkart itself. Conspicuous by its absence is FIFA 17, another wildly popular EA franchise. If Battlefield 1 ended up making the list, you’d think FIFA 17 would. Evidently not. Expect this list to change after E3 2017 though, with gamers looking for newer titles to play.

Flipkart sales PS4 versus Xbox One versus PC

Flipkart says it receives more orders for PS4 games than Xbox One. Considering the wider availability and better bundles for the former, this isn’t a shocker. The Nintendo Switch isn't anywhere due to not being officially present either.

While the company could not comment on how well the PC side of gaming was doing, PC peripheral manufacturers dominate its game pad sales over the last three months with the Red Gear Pro Series Wireless Gamepad being the top seller followed by the Red Gear Smartline PC Gamepad.

Rounding off the list is the Sony DualShock 4, Amkette Evo Pro 2, and Xbox One Wireless controller.

Although the company refused to say what its market share in the games business is, several publishers have confirmed with Gadgets 360 that Amazon’s entry has resulted in it losing ground. The general consensus amongst those in the supply chain peg Flipkart being around 12 to 15 percent of the games business in India. In the past, its prospects of continuing to sell games was shaky, but with the advent of this list and efforts in e-sports, it’s safe to say this is not the case for now.