Firewatch Is Officially 'Coming Soon' to the Nintendo Switch 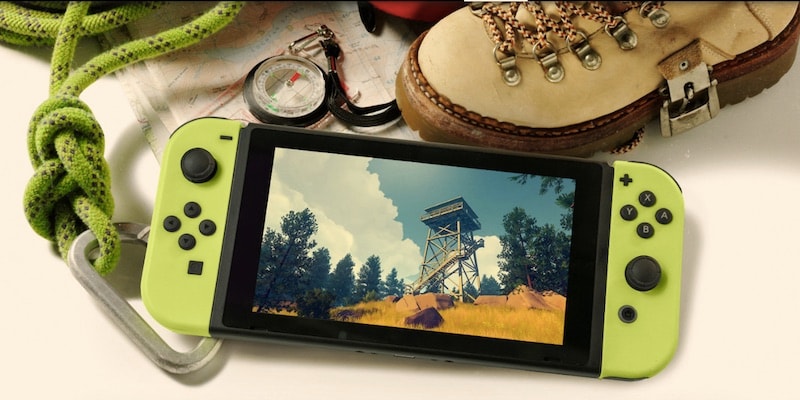 Indie darling Firewatch is coming to the Nintendo Switch. The first-person adventure previously released on the PS4, PC and later, on the Xbox One. The news of its arrival on the Nintendo Switch came from Campo Santo, the game's developer. No concrete Firewatch Nintendo Switch release date has been announced yet other than Campo Santo stating that it's "coming soon". Furthermore, there are no details regarding how it would be coming to the Switch. So far, Firewatch has been a digital release on the PC and Xbox One with the PS4 receiving a limited physical release on disc. There's no telling if Firewatch would get a release on Switch via cartridge.

Although considering the response to the likes of Thimbleweed Park receiving a limited run cartridge release on the Nintendo Switch, we won't be surprised if this is indeed the case.Nonetheless, Campo Santo is teasing Firewatch for a Spring release window.

It will be interesting to see how Firewatch runs on the Nintendo Switch. Reason being, it uses the Unity engine. Other developers using Unity, such as Airship Syndicate, responsible for the excellent Battle Chasers: Nightwar have had issues bringing their game to the Switch.

"The Switch version will be delayed as we are waiting for Unity to address an issue we’ve encountered, hopefully not too long,” said Steve Madureira, Lead Designer and Animation Director at Airship Syndicate to Gadgets 360 in an interview in September last year. At the time of filing this story, there's no release date for Battle Chasers on the Switch just yet, though one should be arriving soon. Hopefully Firewatch doesn't suffer the same fate.