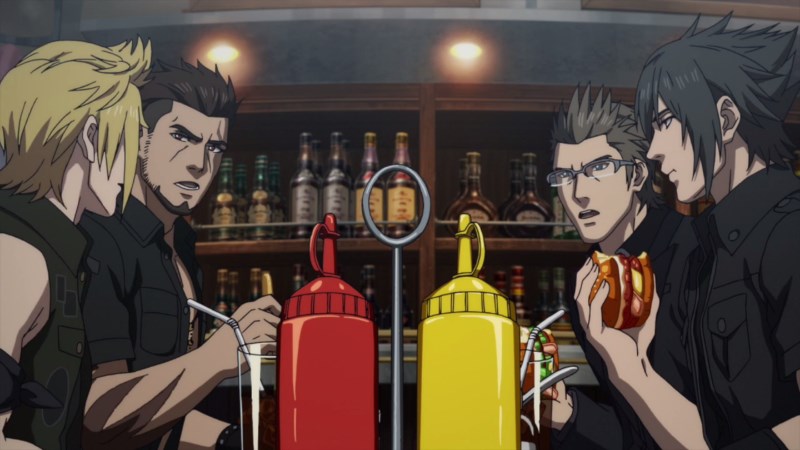 At its Los Angeles event on Wednesday night, Square Enix announced a five-part anime series for Final Fantasy XV called Brotherhood: Final Fantasy XV. The episodes will explore how Crown Prince Noctis became the best of friends with his three comrades, the company said in a statement, and will tie into the demo that was released at the event as well.

Best of all, the 10-minute on average episodes will be available for free on YouTube. Brotherhood: Final Fantasy XV is being made by Tokyo-headquartered animation studio A-1 Pictures, known for its work on Sword Art Online and Boku Dake ga Inai Machi (Erased). A-1 has produced anime series based off video games previously as well, with Valkyria Chronicles, The Idolmaster, and two for the Persona franchise.

The first episode has already been released on YouTube, with the four other episodes launching in the run up to the September 30 release of Final Fantasy XV.

Square Enix also announced a mobile pinball game called Justice Monsters Five, which it said will mix "role-playing elements with some of the franchise's most iconic monsters". The game will be free at launch, with in-app purchases that basically act as in-game currency.

The company hasn't mentioned a release date for the game, but you can pre-register for Android and iOS. Justice Monsters Five will be available for Android, iOS and Windows 10 devices at launch. You will also be able to play the game inside FFXV when the game releases.

Other franchises have taken a similar approach in the past. BioWare did so with Mass Effect 3 for the Mass Effect 3: Datapad iOS app, and Bethesda released Fallout Shelter for Android and iOS devices in anticipation of Fallout 4.