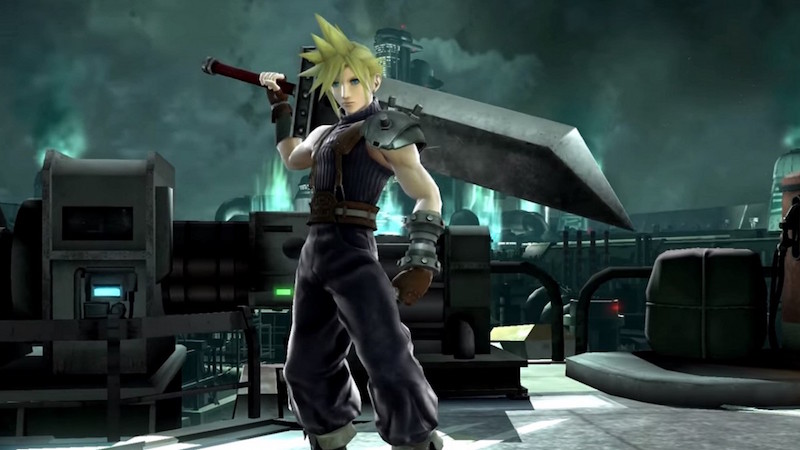 Announced last month, Final Fantasy VII protagonist Cloud Strife is now available on the roster of Nintendo's fighting game, Super Smash Bros for the Wii U and 3DS as a downloadable character.

For $5.99 (around Rs. 400) on either Wii U or 3DS or $6.99 (approximately Rs. 468) for both platforms, you get Cloud and a stage based on Midgar - one of the most iconic locations from Final Fantasy VII. Along with this, players will be able to deck up their avatars, or Miis as they're called with Final Fantasy-themed cosmetic items. These include a chocobo hat or an outfit for Geno, a character from Super Mario RPG - a Super Nintendo Entertainment System game developed by Square Enix.

This isn't all. Nintendo announced that Bayonetta, from the PlatinumGames-developed action title of the same name, will be the final downloadable character for the game. In addition to having her on your roster, you also get her original and Bayonetta 2 costumes as well as a third based on another character from the series, Jeanne. There's a stage based on the Umbra Clock Tower - one of the cooler environments in the game as well. Bayonetta for Super Smash Bros on the Wii U and 3DS will be available in February. Much like Cloud Strife, you'll be paying $5.99 to get this DLC on the Wii U or 3DS, or $6.99 for both platforms.