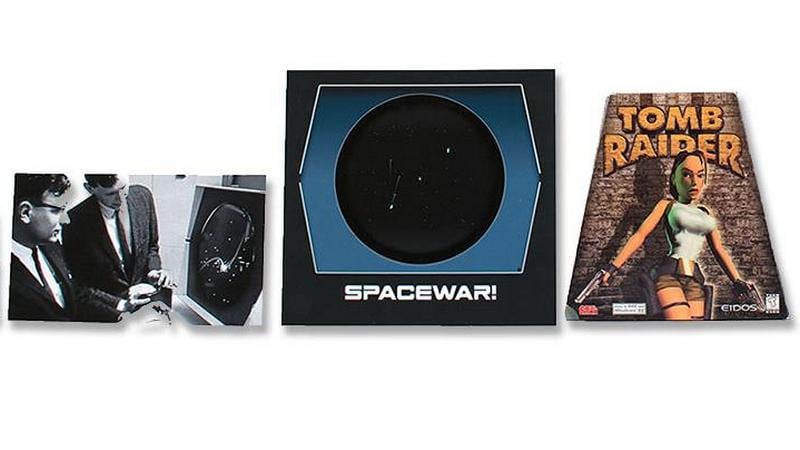 The World Video Game Hall of Fame has inducted John Madden Football, a giant of the multibillion-dollar video game industry that another new inductee - the 1962 Spacewar! - helped to launch.

Tomb Raider and Final Fantasy VII round out the class of 2018 honoured Thursday at The Strong museum, where the hall of fame is housed.

Experts say all have made a mark on the video game industry, popular culture and society in general.

Long before any commercial video games existed, Steve "Slug" Russell and other students at the Massachusetts Institute of Technology launched Spacewar! on a PDP-1 minicomputer. The game featured two starships firing torpedoes at each other and inspired the first mass-market arcade video game, Atari founder Nolan Bushnell's Computer Space, according to The Strong.

"It also spurred computer users of all types to think about creative new uses for computers and helped turn the computer into the most powerful plaything ever created," said Jon-Paul Dyson, vice president and director of The Strong's International Center for the History of Electronic Games.

The success of John Madden Football underlines the point, having sold more than 100 million copies and inspiring big-money tournaments and legions of fans. Electronic Arts has released yearly, updated versions since 1990, and even real-life football players have seen it as a tool to hone strategy and plays.

The World Video Game Hall of Fame recognised the 1996 Tomb Raider in part for its female protagonist, Lara Croft, who is cited by "The Guinness Book of World Records" as the most recognised female video game character of all time. Angelina Jolie played the theatrical version in the game-inspired Tomb Raider movie.

"The character is not without controversy for her early status as a sex symbol," curator Shannon Symonds said, "but she's evolved with the franchise to become the epitome of a strong female hero."

Final Fantasy VII introduced 3-D computer graphics, full-motion, video cut-scenes and a complex storyline to the already popular Final Fantasy franchise and is credited with pushing Japanese role-playing games into the mainstream, Symonds said. It sold more than 10 million units, making the second most popular game for the Sony PlayStation.

The World Video Game Hall of Fame accepts nominations from anyone and makes its selections with the advice of journalists, scholars and others familiar with the history of video games and their role in society.

Members of the class of 2018 are now on permanent view at The Strong. The World Video Game Hall of Fame was established there in 2015, alongside the National Toy Hall of Fame.