FIFA Wants Over $1 Billion From EA Sports Every Four Years to License Its Name: Report

More than double of what FIFA currently gets. 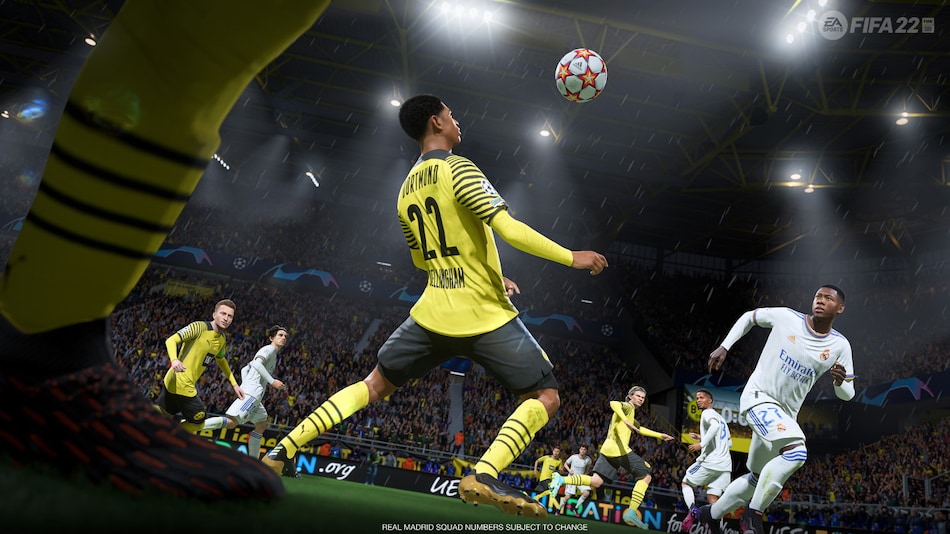 FIFA wants more than a billion dollars every four years — more than double what it currently gets from Electronic Arts. That is reportedly the gist of EA Sports considering renaming its immensely-popular football video game FIFA, whose latest edition FIFA 22 launched earlier in October. The current 10-year agreement between the two that expires in 2022 is now worth $150 million (roughly Rs. 1,130 crores) to the global footballing body FIFA — short for Fédération Internationale de Football Association. But it might be worth a lot less if EA decides to rebrand the FIFA game.

The New York Times brings word of FIFA's new monetary demands put forth to EA. Individuals familiar with the matter told The New York Times that FIFA wants over $1 billion (roughly Rs. 7,532 crores) for every World Cup cycle — the FIFA World Cup currently takes place every four years, though FIFA has been pushing to get that down to two, seeking additional profits on that end. The next FIFA World Cup is in Qatar in late 2022, right before the license ends.

Additionally, FIFA also wants to limit EA Sports' licensing exclusivity to what defines a football game. This would allow the footballing body to sell the rights it would retain elsewhere, helping it make even more money — on top of the increased revenue that it's demanding from EA. On the other hand, EA Sports actually wants more leeway, including real-world football highlights, arena video game tournaments, and digital expansions such as NFTs (non-fungible tokens).

Two-year-long talks between EA and FIFA have stalled owing to those issues, people close to the negotiations told The New York Times. EA Sports group general manager Cam Weber seemed to acknowledge that in a blog post last week: “As we look ahead, we're also exploring the idea of renaming our global EA SPORTS football games. This means we're reviewing our naming rights agreement with FIFA, which is separate from all our other official partnerships and licenses across the football world.”

That came as a shock to everyone, given the name of the footballing body has become synonymous with the football video game of the same name. In fact, you could argue that “FIFA” is uttered more in the latter context than the former in many circles. EA Sports has naturally benefited from that, though it now seems to believe it can risk losing the name. After all, there's no competition for EA with Konami having buried itself in the ground with eFootball.

And even if the name changes, to paraphrase the EA Sports slogan, it's still in the game.