A free upgrade for those who own FIFA 21 on PS4 or Xbox One. 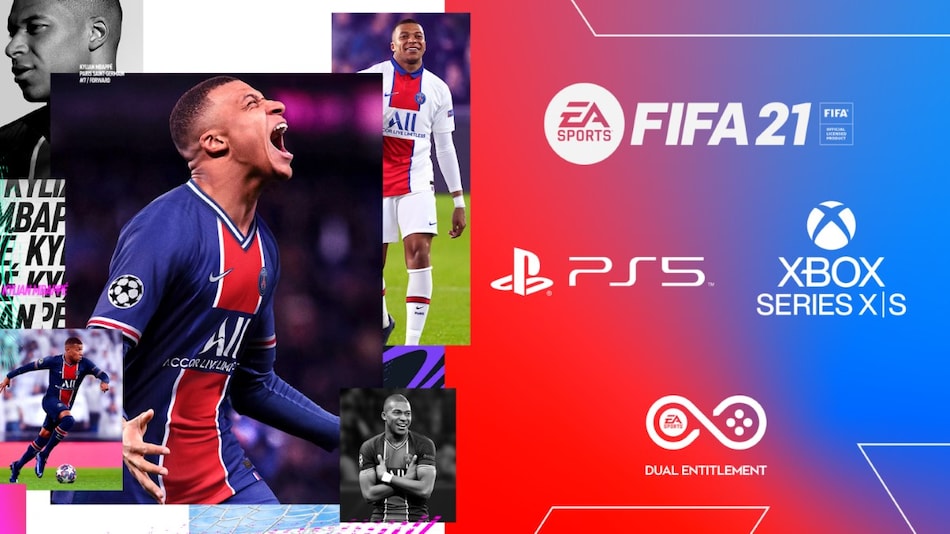 FIFA 21 will have next-gen features on PS5, Xbox Series S/X

FIFA 21 is coming to PlayStation 5 and Xbox Series S/X on December 4. EA Sports announced the release date for the next-gen version of FIFA 21 on Tuesday, and said that it would share more details about next-gen features in “the coming weeks”. What we know so far consists of faster load times (thanks to the in-built SSD on PS5 and Xbox Series), a new deferred lighting system, and improved visuals, immersion, and player movement (pre-game cinematics, players screaming for passes, and enhanced animations).

If you haven't bought FIFA 21 yet, you can pick it up from PlayStation or Microsoft Store starting at Rs. 3,999. FIFA 21 on PS5 and Xbox Series S/X is digital-only. If you already own FIFA 21 on PS4 or Xbox One, you're guaranteed a free copy on PS5 or Xbox Series S/X respectively, under EA's “Dual Entitlement” programme. With one caveat: you must download FIFA 21 on your next-gen console before the launch of FIFA 22. Expect that to be around September/ October 2021.

How does the free upgrade process work?

That depends on what version you pick up. If you own FIFA 21 on disc, you'll need to insert that on PS5 or Xbox Series X to authenticate it. If you own FIFA 21 on disc and end up getting PS5 Digital Edition or Xbox Series S, you'll have to contact EA Support to validate your purchase. And if you bought FIFA 21 digitally, you can simply download it off PlayStation or Microsoft Store on your new next-gen console.

Even though the experience might be the same on your shiny new console for a bit, you should still consider starting out on PS5 or Xbox Series S/X, if you haven't already. That's because not all FIFA 21 progress and save game files will transfer from PS4 or Xbox One to PS5 or Xbox Series S/X respectively. While Ultimate Team and Volta Football will carry over, that is not the case for Online Seasons, Co-Op Seasons, Career Mode, Pro Clubs, and others.

FIFA 21 is out December 4 on PlayStation 5 and Xbox Series S/X.

Apple Acquires Vilynx, a Self-Learning AI Video Firm That Can Help Improve Its Apps
Cyberpunk 2077 Launch Delayed: Game Will Now Release on December 10 to Allow for Optimisations for Across PC, Consoles