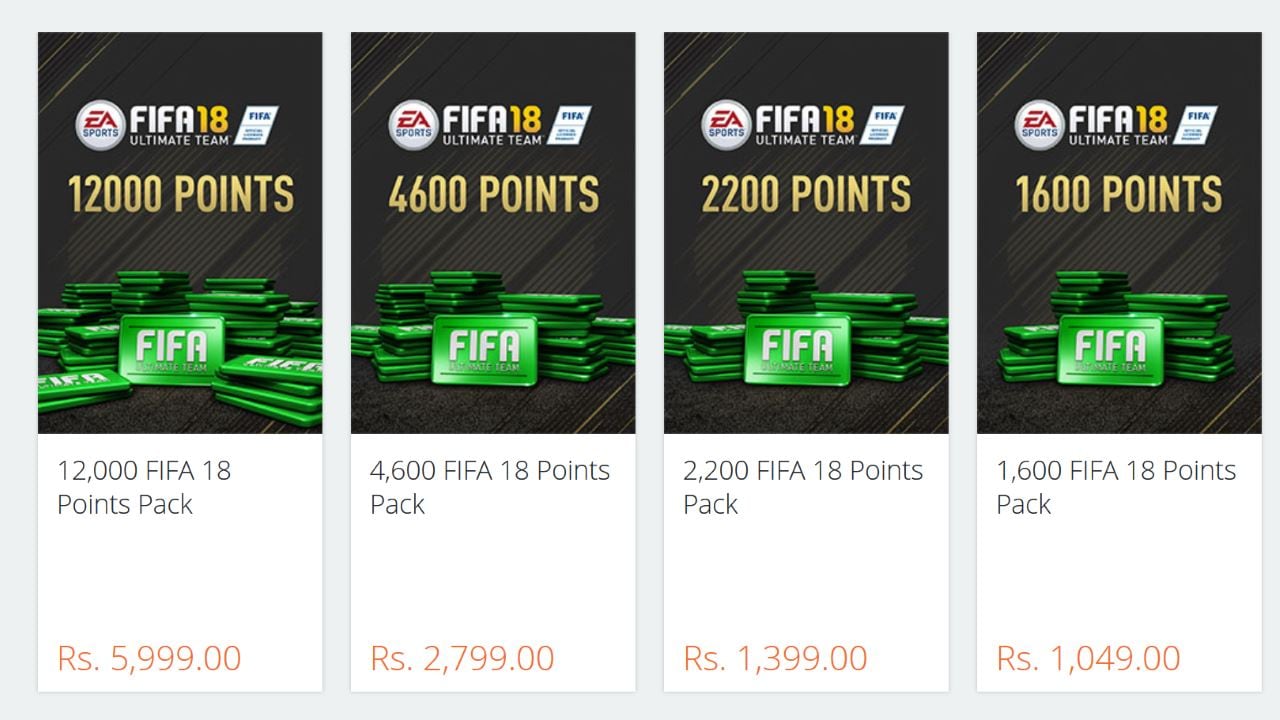 EA allows players to use real money to buy 'points', which can then be used to buy loot boxes

EA Sports’ FIFA will continue to allow gamers in Belgium to buy Ultimate Team packs with real money, according to a new report, which puts its publisher Electronic Arts at the risk of legal prosecution due to the country’s laws against ‘loot boxes’ that deem them illegal and in violation of gambling legislation.

Back in April, the Belgium Gaming Commission declared loot boxes in video games as illegal, because they constituted a game of chance, and asked developers to remove them. The commission had investigated four games: FIFA 18, Overwatch, Counter-Strike: Global Offensive, and Star Wars Battlefront II.

Last month, the publishers of Overwatch and NBA 2K18 – Blizzard and 2K, respectively – complied with Belgium’s decision on loot boxes, doing away with them for players in Belgium. But EA has refused to toe the line set by others, reports Belgian website Nieuwsblad, with CEO Andrew Wilson stating it’s not gambling because a) players know how many items they will receive, and b) there’s no way to sell said items for real money.

The report adds that EA is set to continue that stance with FIFA 19, out later in September. The Belgium Gaming Commission has said the company risks “legal prosecution” and that the matter is now in the hands of the Brussels public prosecutor's office.