FIFA 17 Up for Pre-Order in India: Price, Release Date, and More 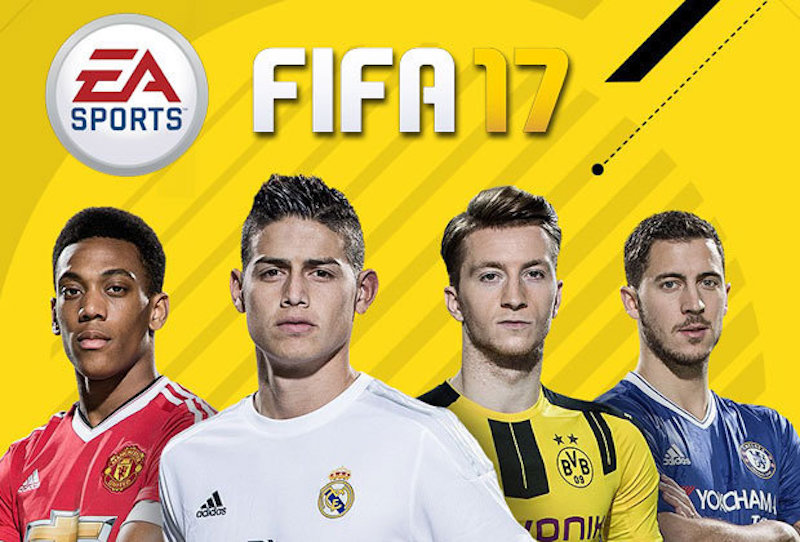 FIFA 17's price has been revealed for India. It is Rs. 3,999 on the PS3, PS4, Xbox and Xbox 360 and is up for pre-order now. The PC version is digital only as it has been for the last couple of years. And much like FIFA 16, it will be exclusive to Amazon India. If you're wondering why FIFA 17 and all of EA's games are exclusive to Amazon, we have a post detailing this at considerable length.

The price of Rs. 3,999 comes as a relief considering that Battlefield 1, another high-profile EA game is up for pre-order at Rs. 5,199.

Interestingly, Amazon India only lists the Standard Edition of FIFA 17 which comes with an eight match FIFA Ultimate Team (FUT) Loan Item of Eden Hazard, Anthony Martial, Marco Reus, or James Rodriguez, five FUT draft tokens, and Special Edition FUT kits. The Deluxe Edition and Super Deluxe Edition haven't been listed yet. Safe to say they should be in days to come.

Furthermore, the announcement of FIFA 17's price and pre-orders this early is indicative that Amazon India is confident of getting the game on time. A major plus point considering how the grey market and parallel importers got the jump on the e-commerce giant last year.

FIFA 17 will be available in the US from September 27 and the rest of the world (India included) from September 29. The game will be on EA Access for the Xbox One a week prior to release and on PC through Origin Access. You can also pre-order the game digitally.

And then there's a FIFA 17 Deluxe Edition available on the Xbox Store as well which includes up to 20 FIFA Ultimate Team (FUT) Jumbo Premium Gold Packs for 20 weeks, access to FUT kits early, an eight match FUT Loan Item of Eden Hazard, Anthony Martial, Marco Reus, or James Rodriguez, and a three match team of the week loan player, one per week over 20 weeks. This costs Rs. 4,240.

For Rs. 4,500 though you can get the FIFA 17 Super Deluxe Edition from the Xbox Store. This doubles the number of Gold Packs and three match team of the week loan players. The rest of the entitlements remain the same as the Deluxe Edition.

The same editions are available on PC, although the pricing differs. Rs. 3,499 on Origin gets you FIFA 17 Standard Edition, while the FIFA 17 Deluxe Edition will set you back by Rs. 4,799. If you have your sights set on the FIFA 17 Super Deluxe Edition, expect to shell out Rs. 5,499.

These come with all the same freebies as the Xbox One and PC versions with the addition of a FIFA 17 theme. Keep in mind that buying digitally usually means a large download size and the lack of resale value, making the physical version a valid option especially in countries like India where Internet connectivity isn't the greatest.

We found FIFA 16 to be an interesting beast in our review. The core gameplay veered towards simulation with thoughtful ways that retool some of its most basic actions and your approach to a match. However it's hamstrung with flawed execution to some of it's headline features like FUT Draft and women's teams. How EA rectifies this in FIFA 17 remains to be seen.

Verizon Said to Be the Front-Runner in Yahoo Auction
Apple Weathers Anti-US Demo in China, Where Patriotic Protests Snowball