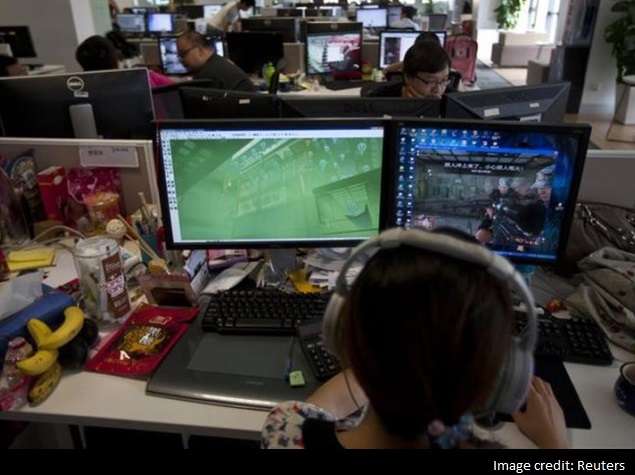 Anita Sarkeesian, a feminist cultural critic, has for months received death and rape threats from opponents of her recent work challenging the stereotypes of women in video games. Bomb threats for her public talks are now routine. One detractor created a game in which players can click their mouse to punch an image of her face.

Not until Tuesday, though, did Sarkeesian feel compelled to cancel a speech, planned at Utah State University. The day before, members of the university administration received an email warning that a shooting massacre would be carried out at the event. And under Utah law, she was told, the campus police could not prevent people with weapons from entering her talk.

"This will be the deadliest school shooting in American history, and I'm giving you a chance to stop it," said the email, which bore the moniker Marc Lépine, the name of a man who killed 14 women in a mass shooting in Montreal in 1989 before taking his own life.

The threats against Sarkeesian are the most noxious example of a weekslong campaign to discredit or intimidate outspoken critics of the male-dominated gaming industry and its culture. The instigators of the campaign are allied with a broader movement that has rallied around the Twitter hashtag #GamerGate, a term adopted by those who see ethical problems among game journalists and political correctness in their coverage. The more extreme threats, though, seem to be the work of a much smaller faction and aimed at women. Major game companies have so far mostly tried to steer clear of the vitriol, leading to calls for them to intervene.

While the online attacks on women have intensified in the last few months, the dynamics behind the harassment go back much further. They arise from larger changes in the video game business that have redefined the audience for its products, expanding it well beyond the traditional young, male demographic. They also reflect the central role games play in the identity of many fans.

"That sense of being marginalized by the rest of society, and that sense of triumph when you're recognized," said Raph Koster, a veteran game developer. "Gamers have had that for quite a while."

Koster has experienced the fury that has long lurked in parts of the game community. In the late 1990s, when he was the lead designer for Ultima Online, a pioneering multiplayer Web-based game, he received anonymous hate messages for making seemingly small changes in the game.

After an electrical fire at his house, someone posted a note on Koster's personal website saying he wished the game designer had died in the blaze.

The malice directed recently at women, though, is more intense, invigorated by the anonymity of social media and bulletin boards where groups go to cheer each other on and hatch plans for action. The atmosphere has become so toxic, say female game critics and developers, that they are calling on big companies in the $70 billion a year video game business to break their silence.

"Game studios, developers and major publishers need to vocally speak up against the harassment of women and say this behavior is unacceptable," Sarkeesian said in an interview.

"Threats of violence and harassment are wrong," the Entertainment Software Association, the main lobbying group for big game companies, said in a statement. "They have to stop. There is no place in the video game community - or our society - for personal attacks and threats."

On Wednesday, as word of the latest threat against Sarkeesian circulated online, the hashtag #StopGamerGate2014 became a trending topic on Twitter. The term #GamerGate was popularized on the social media service over the past two months after an actor, Adam Baldwin, used it to describe what he and others viewed as corruption among journalists who cover the game industry. People using the term have been criticizing popular game sites for running articles and opinion columns sympathetic to feminist critics of the industry, denouncing them as "social justice warriors."

In a phone interview, Baldwin, who said he was not an avid gamer himself but has done voice work for the popular Halo games and others, said he did not condone the harassment of Sarkeesian and others.

"GamerGate distances itself by saying, 'This is not what we're about,'" Baldwin said. "We're about ethics in journalism."

While harassment of Sarkeesian and other women in the video game business has been an issue for years, it intensified in August when the former boyfriend of an independent game developer, Zoe Quinn, wrote a rambling online essay, accusing her of having a relationship with a video game journalist.

That essay, in turn, fueled threats of violence against Quinn, who had designed an unconventional game about depression, and gave fodder to those suspicious of media bias in the industry. The game review site Kotaku, which employed the journalist named in the accusation, said he had not written about her game. Quinn said recently that she had left her home and not returned because of harassment.

And last week an independent game developer in Boston, Brianna Wu, said she was driven from her home by threats of violence after she poked fun at supporters of #GamerGate on Twitter.

"From the top down in the video game industry," she said, "you have all these signals that say, 'This is a space for men.'"

Gaming - or at least who plays video games - is quickly changing, though. According to the Electronic Software Association, 48 percent of game players in the United States are women, a figure that has grown as new opportunities to play games through mobile devices, social networks and other avenues have proliferated. Game developers, however, continue to be mostly male: In a survey conducted earlier this year by the International Game Developers Association, a nonprofit association for game developers, only 21 percent of respondents said they were female.

Still, game companies have made some progress in their depiction of women in games, said Kate Edwards, the executive director of the association who works with companies to discourage them from employing racial and sexual stereotypes in their games. A game character she praises is the new version of Lara Croft, the heroine of the Tomb Raider series who once epitomized the exaggerated, busty stereotype of a female game protagonist. The new Lara Croft is more emotionally complex and modestly proportioned.

Edwards said changes in games and the audience around them have been difficult for some gamers to accept.

"The entire world around them has changed," she said. "Whether they realize it or not, they're no longer special in that way. Everyone is playing games."