Fallout Shelter for Nintendo Switch and PS4 Confirmed at E3 2018 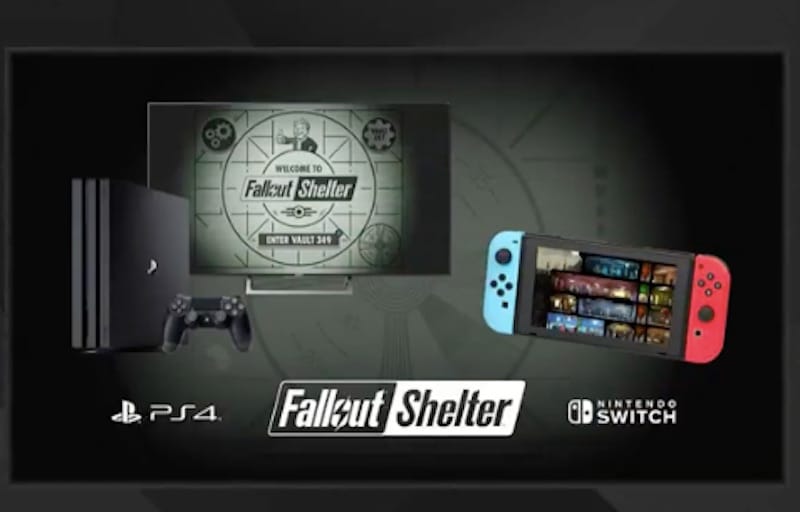 Initially released in 2015, Fallout Shelter is now coming to Nintendo Switch and PS4. The game is a cross between FarmVille and its post-apocalyptic trappings with no mandatory online requirement or pay-to-win micro-transactions. Already available on Windows PC, iOS, Xbox One, and Android, Fallout Shelter hits the Nintendo Switch and PS4 today and will be free just like it is on other platforms. At Bethesda's E3 2018 event, it was revealed that you can play the game using the Nintendo Switch Joy-Con as well as the touchscreen. Previously, the existence of the game for PS4 was leaked thanks to its in-game trophies finding their way to sites like Exophase.

Bethesda also revealed that Fallout Shelter has reached over 120 million players. In terms of audience size, it's the most popular game from the company ever, more than all the players for all of Bethesda Game Studios' titles combined.

On launch on iOS, the Fallout Shelter became the top downloaded game in 48 countries and the top downloaded app of any kind in 25 countries. Fallout Shelter also became the third-highest grossing apps during its first week on the App Store, overtaking King's Candy Crush. It also was one of the top five top-grossing games on the App Store in 37 different countries.

Fallout Shelter for Nintendo Switch and PS4 wasn't the only Fallout-related announcement at Bethesda's E3 2018 showcase, Fallout 76 got its release date and a lengthy chunk of gameplay ensuring there's enough post-apocalyptic mayhem regardless of your device of choice.