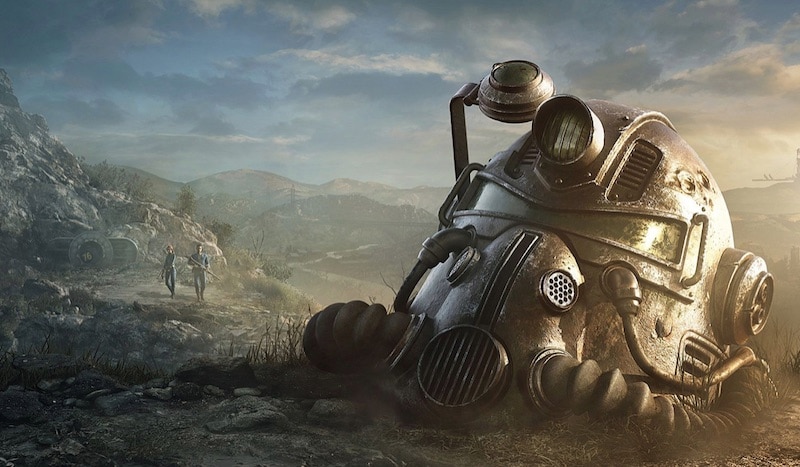 Post-apocalyptic shared world role-playing game Fallout 76 for PS4, Xbox One, and PC is out on November 14. And while developer Bethesda Game Studios has been drip-feeding us with information on what to expect from Fallout 76, one crucial detail has finally been made public. Fallout 76's download size. According to a listing for the game on the Xbox Store, Fallout 76 is 45.28GB on the Xbox One. At the moment PS4 and PC Fallout 76 download sizes are unknown, but it's safe to say they should be around the same. We won't be surprised to see the Fallout 76 beta having the same file size as well considering that progress from it will carry over to the full game.

The Fallout 76 beta release date is October 23 on Xbox One. As the company has a marketing tie-up with Microsoft, the Fallout 76 beta would be on the Xbox One first with PS4 and PC soon to follow on October 30. This is no surprise given how cozy Bethesda's relationship with Microsoft has been since the days of The Elder Scrolls III: Morrowind that graced the original Xbox, which as per Bethesda Game Studios Director and Executive Producer Todd Howard in a recent Noclip documentary, was second to Halo in terms of sales on that console.

"The beta will be available on Xbox One, PS4, and on PC (via Bethesda.net). Stay tuned for exact timing for each platform here and Fallout on Facebook, Twitter, and Instagram. Please note that the beta for Xbox One will begin first, followed by other platforms,"reads the Fallout 76 FAQ.

Unlike other beta events, which usually serve as demos prior to a game's release, Bethesda appears to be taking Fallout 76's beta quite seriously, claiming that it would not be available at all times during the beta period.