Facebook Gaming’s Tournaments feature has come at a good time as gamers across the world are indoors due to the coronavirus outbreak. 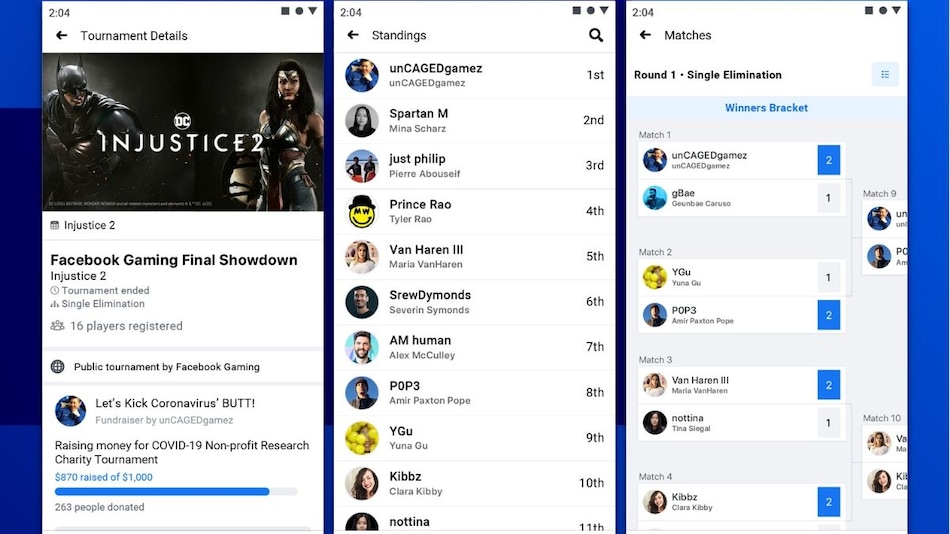 Facebook Gaming is the social media giant’s competitor to Twitch

Facebook Gaming, the game streaming service from the social media giant, recently announced a new feature called Tournaments on its platform. The Tournaments feature, as the name suggests, will let users create and organise virtual gaming tournaments in a variety of formats. It will also allow users to create, join, or follow live gaming tournaments, which will also have an integrated charity tool, allowing users to support important causes. Since the tournaments are integrated into the Facebook Gaming service itself, users will be able to host tournaments and stream them at the same time.

1/ Social distancing means we have to be apart, but games can still bring us together. So today we're opening early access to Facebook Gaming tournaments, a feature to help people stay connected through games. pic.twitter.com/rYOIXBcIHS

Facebook said that it is launching the Tournaments feature on its Gaming platform as an early access programme, in order to help people stay connected during the coronavirus-led lockdowns.

"Social distancing means we have to be apart, but games can still bring us together. So today we're opening early access to Facebook Gaming tournaments, a feature to help people stay connected through games," Facebook said in a blog post.

Facebook said that anyone can start or join a tournament on Facebook Gaming - be it a casual gaming tournament among friends, a creator playing with their followers, or a global e-sports competition. There are different modes, like elimination, double elimination, and round robin. Users can choose any online game on any platform for organising a tournament.

Upon opening a tournament page, users are given options to join the Tournament, share it with Facebook friends, and an option to report the tournament. Further, it gives information about the tournament.