Elder Scrolls: Legends May Not Release on PS4 Due to Cross-Play Blocking 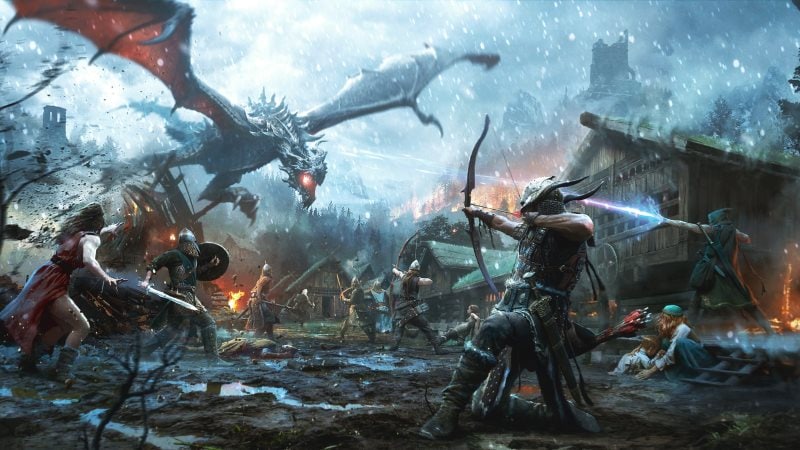 The Elder Scrolls: Legends might not release on the PS4, with a Bethesda executive stating in a new interview that “cross-platform play and cross-platform progress” are essential to the free-to-play strategy card game that’s set to hit all consoles – including Xbox One and Nintendo Switch – later this year. (The Elder Scrolls: Legends is already available on Windows and macOS PCs, and Android and iOS devices.)

"It is our intention in order for the game to come out, it has to be [cross-play and save progress] on any system. We cannot have a game that works one way across everywhere else except for on this one thing. The way the game works right now on Apple, Google, Steam, and Bethesda.net, it doesn't matter where you buy your stuff, if you play it on another platform that stuff is there. It doesn't matter what platform you play on, you play against everyone else who is playing at that moment. There's no 'Oh, it's easier to control, or it has a better framerate on this system.' It's a strategy card game. It doesn't matter."

This presents an interesting problem given Sony has been blocking cross-platform play with other consoles. For instance, games such as Fortnite Battle Royale and Rocket League on PS4 are playable with PC and mobile users (if the title is available) but not with Xbox One and the Switch. Microsoft and Nintendo, on the other hand, allow cross-platform play with all systems.

While developers, including Bethesda with Fallout 76, have previously given into Sony’s demands owing to the large base of users it brings – over 80 million monthly active users as of May – the publisher seems to be singing a different tune with The Elder Scrolls: Legends. Hines said cross-play availability is “essentially non-negotiable", which means the game might not make it to PS4.

“We can't be talking about one version of Legends, where you take your progress with you, and another version where you stay within that ecosystem or it’s walled off from everything else,” he added. “That is counter to what the game has been about."