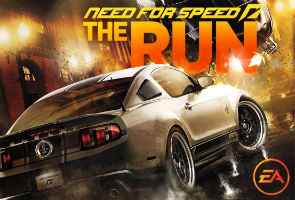 Highlights
60 Minutes, 9 games. That's EA's press conference in a nutshell. They kicked the show-off with a really long demo of Mass Effect 3. Unlike its Microsoft demo, the game didn't show-off Kinect support but rather the grand setting and scale of the game. The game is expected to hit store shelves on March 6 2012.

Next up is an addition to a franchise that is ages old, Need for Speed: The Run, is the next racing game from EA's stable but with a twist. Not only will the game be all about racing but will include high-speed cinematic foot chases as well. You need to see it to believe it and the stage demo looked pretty awesome!

Converting Star Wars into an MMORPG (Massively Multiplayer Online Role-Playing Game) is a task and EA is in no hurry to get the games on store shelves. In development for quite some time now, the Old Republic looks ready and may hit store shelves soon.

Keeping things social, EA also showed off the Sims Social. This is a Sims game that will be available for gamers on Facebook to counter Zynga, which has emerged as a leader in social gaming.

Putting the conference to a close with a bang EA showed-off a long demo of the much-anticipated Battlefield 3, which is expected to launch on October 25 2010. EA showed-off the new engine on which the game is running and it looks pretty incredible.

Stay tuned for more coverage from E3 on our E3 specials page.