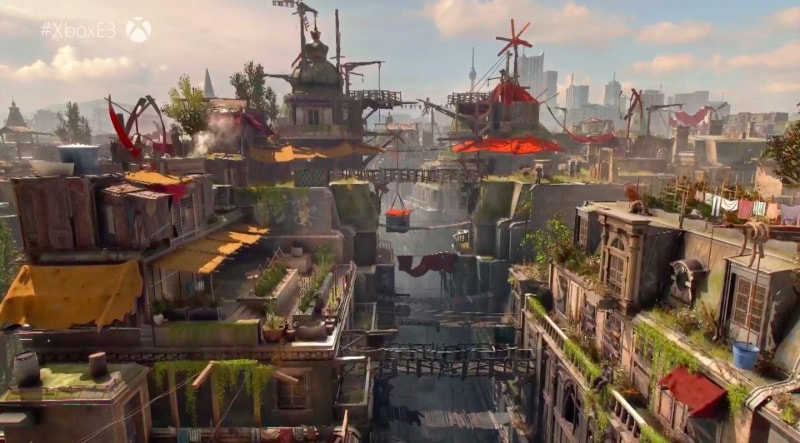 At the Microsoft Xbox E3 2018 event, Techland revealed Dying Light 2. Sequel to 2015's Dying Light, the game is being helped along by Chris Avellone. Known for his work on Fallout 2 and Planescape Torment, he explained some of the game's choices. Sporting an intricate system of cause and effect, Dying Light 2 is set in a world that's regressed to a medieval state and water is in short supply. Avellone explained how siding with one faction over another could impact how the game plays out. Don't fret though, the game's focus on zombies and their superhuman abilities at night is also a part of the experience.

Despite being revealed at Microsoft's Xbox E3 2018 event, Dying Light 2 will be coming to the PS4 and PC as well. The first Dying Light game featured an intricate parkour system and ton of post-launch content, even getting a battle royale mode. With Dying Light 2 we should see more of the same.

Avellone explained that the world of Dying Light 2 changes dramatically depending on your actions. The mission on display had the player tracking down water smugglers. Killing them allows a faction known as the Peacekeepers to distribute it to the populace, albeit those who are allied with them. If you spare the smugglers, they'll sell the water on the black market. Both choices result in a visible change to the city.