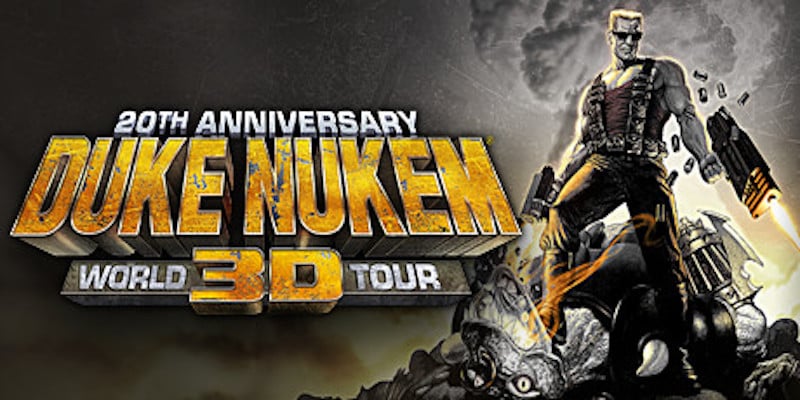 Earlier in the week it was leaked that popular 90s shooter franchise, Duke Nukem was making a comeback in the form of Duke Nukem 3D: World Tour with Nerve Software developing the game. Now the game has been revealed along with its official name - Duke Nukem 3D: 20th Anniversary World Tour at PAX West 2016.

The game brings classic Duke Nukem 3D along with a new fifth episode spanning eight levels made by the original designers. Other inclusions are new music, and the original 1996 source code along with the “2.5D” engine re-mastered in True 3D for Xbox One, Playstation 4 and Windows. Duke Nukem 3D: 20th Anniversary World Tour is coming to the PS4, Xbox One, and Windows PC on October 11.

According to Steam, the game will be published by Borderlands creator Gearbox Software. It was declared the full owner of the Duke Nukem franchise after settling a lawsuit with 3D Realms. Specifications of the game are as follows:

The last entry was Duke Nukem Forever that released after nearly a decade in development hell and it was critically panned. With Doom proving that old school shooters are still relevant, it will be interesting to see if Duke Nukem 3D: 20th Anniversary World Tour is a litmus test for something bigger.

Would you play a new Duke Nukem game? Or does Doom do enough to scratch the itch for old school gaming goodness? Let us know in the comments.