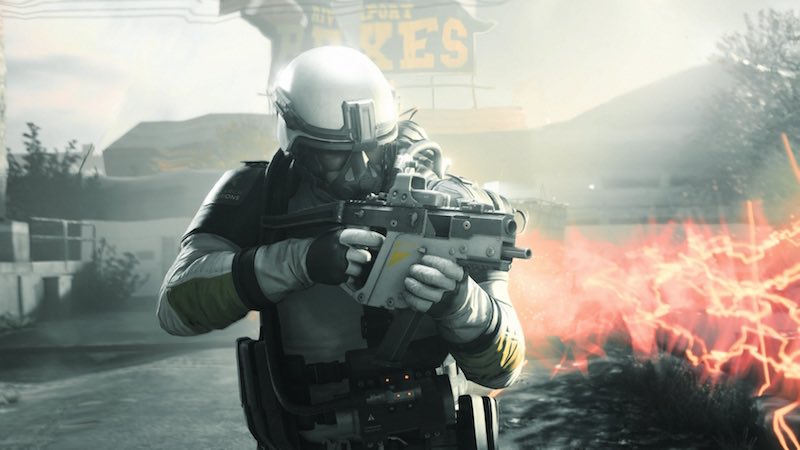 Time-manipulating shooter Quantum Break is set to hit Windows 10 PC and the Xbox One on April 5. With review code made available to certain members of the press, it came to light that the game might not necessarily be running at the 1080p resolution it was touted to have on the Xbox One. Rather it seemed inline with Xbox 360 titles from last generation, sporting a 720p resolution.

Since then we've seen Xbox boss Phil Spencer remain evasive while answering questions about the game's resolution and its developer Remedy Entertainment state that there will not be any day one patch to enhance the game's graphics. Needless to say no one got a clear answer if Quantum Break runs at 720p or not. That is until now.

Remedy explained its process to news website Inquisitr. The answer is a tad more complicated than most would want.

"Quantum Break's 1080p output is a temporal reconstruction from four previous 720p 4xMSAA frames. This approach gets us high pixel quality in combination with complex shading and effects, allowing us to achieve a cinematic look," it said. "However, varying sample counts between passes and temporal upscaling makes talking about resolution, as it is traditionally understood, complicated in the case of Quantum Break. Since the start of "Quantum Break's" development, the most important thing for Remedy and Microsoft has been delivering a compelling gaming experience with superior artistic quality. This is what Remedy is renowned for. We're confident that we have achieved this, and can't wait to hear what fans think on April 5 when they play the game."

What does this mean? To simplify, Quantum Break runs at 720p but upscaled to 1080p by using prior frames to add to its pixels while upscaling. From what we've seen Remedy's latest looks stunning regardless, making the wait for April 5 all the more excruciating.